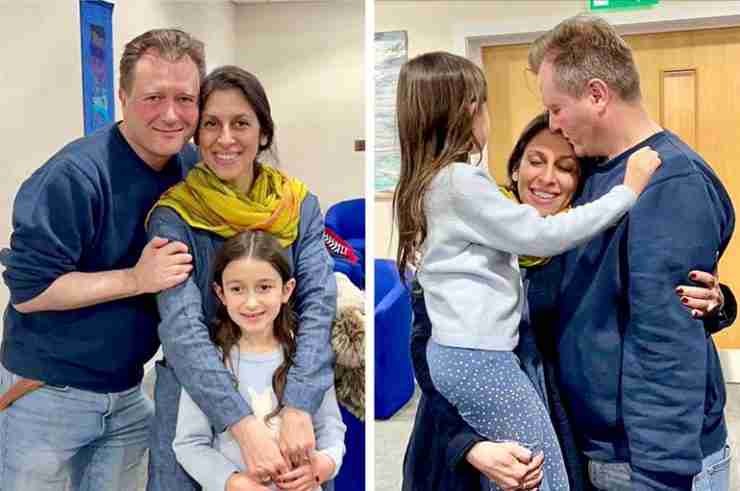 Nazanin Zaghari-Ratcliffe, a British-Iranian charity worker, who was imprisoned for six years in Iran for “allegedly plotting to topple the Iranian regime” has been released and returned home to the UK.

Zaghari-Ratcliffe had been visiting family in Iran with her 22-month-old daughter in 2016 and was about to board a plane back to the UK when she was detained by authorities at Tehran airport.

She was later sentenced to five years in prison for “allegedly plotting to topple the Iranian regime.”

She had worked for the BBC World Service Trust, an international charity that provided training courses to citizen journalists and bloggers in Iran in what the organization said was a “junior and purely administrative role.”

The prosecutor general of Tehran said she was imprisoned for running “a BBC Persian online journalism course which was aimed at recruiting and training people to spread propaganda against Iran.”

In April 2021, after her five-year prison sentence ended, Zaghari-Ratcliffe was then given another one year sentence after being found guilty of propaganda activities against the government.

Her lawyer said she had been accused of taking part in a demonstration in London 12 years ago and giving an interview to the BBC Persian service.

Her husband, Richard Ratcliffe, had campaigned tirelessly for her release, making headlines in October 2021 for enduring a three-week hunger strike to call for the UK government to bring his wife back.

During the hunger strike, he urged the UK government to repay a £400 million debt to the Iranian government dating back to 1970, which he believed was a precondition to releasing Zaghari-Ratcliffe.

The British government recently repaid their debt, but the Iranian governments have denied a connection between the debt and Zaghari-Ratcliffe’s detention.

Zaghari-Ratcliffe and Anoosheh Ashoori, another British-Iranian detainee, were released on Wednesday Mar. 17 by Iranian authorities and arrived at the RAF Brize Norton in the UK, where they reunited with their families.

Family members shared their happiness of being reunited after six years.

“A little girl has finally got her Mummy and Daddy back. To all those that helped make this possible, from the bottom of our hearts, thank you!” Zaghari-Ratcliffe’s sister-in-law wrote on Twitter.

Ratcliffe said that with his wife’s returns, they can “start being a normal family again.”