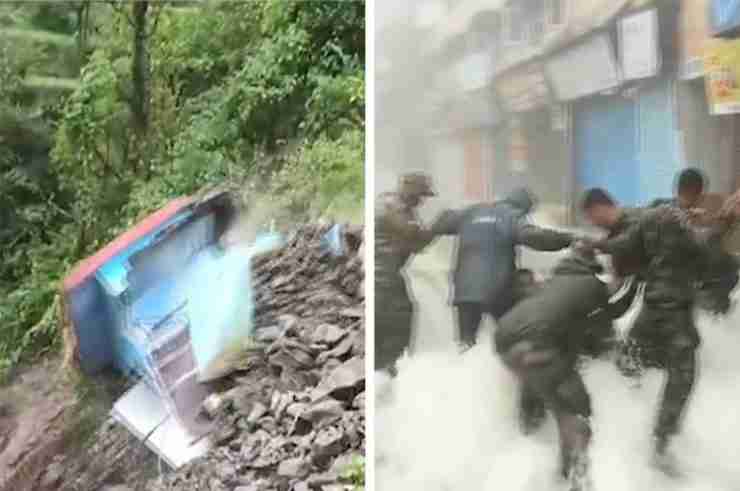 More than 200 people have died in landslides and flash floods triggered by heavy monsoon rains across India and Nepal over the past few days.

The Nepalese government reported a death toll of 104 on Oct. 22. At least 70 people have died In Uttarakhand, a northern Indian state. Further south in India, the state of Kerala was hit by heavy floods, resulting in 42 deaths.

Until October, Uttarakhand had previously held a record rainfall of 30.5mm (1.2in), but it shot up to 328mm in just one week.

In Nepal, the Panchthar district, Ilam, and Doti have been badly hit, with victims including a family of six whose house was submerged in soil and debris.

The Government of Nepal is giving $1,700 to each family affected by the flood.

In Nainital, a popular tourist destination in Uttarakhand, the main lake broke its banks, flooding the roads and damaging bridges and rail tracks. Schools closed down and tourist activities were suspended in the state.

Uttarakhand’s chief has announced a relief fund of 400,000 rupees ($5,300) for families who have lost a member and an additional 190,000 rupees for those whose homes were destroyed.

The heavy rains have been attributed to the climate crisis and damaging construction on steep slopes, according to the BBC.