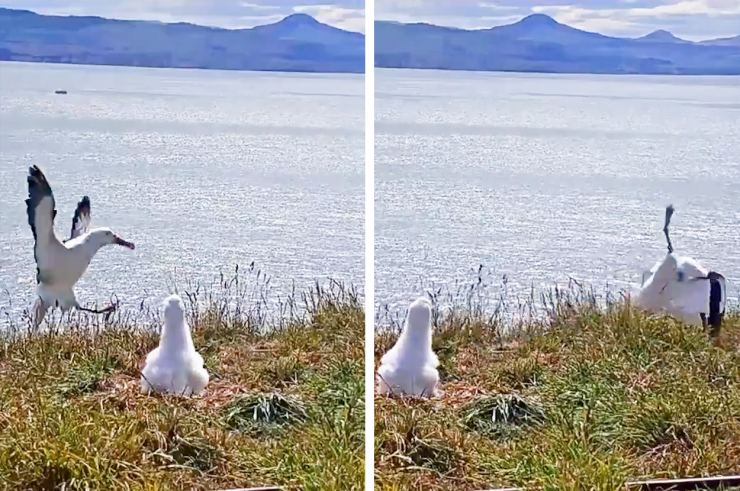 The video captured on Saturday Mar. 6 showed an albatross chick chirping at an incoming adult bird. A few seconds later, the northern royal abatross flies into the frame and crashes headfirst into the long grass, followed by a somersault. It then struggles upside down, wiggling its legs furiously to get back on its feet. After it recovers from the crash, the bird waddled its way out of the frame, leaving the chick in peace.

The clip of the clumsy landing was posted onto Twitter by the RoyalCam livestream hosted by the New Zealand Department of Conservation (DOC). It garnered more than 690,000 views.

The RoyalCam livestream has been around since 2016, capturing the royal albatrosses during their breeding season. The northern royal albatross is an endangered species endemic to New Zealand. They’re vulnerable to “slow reproduction rates, changes in habitat and climate, and some fishing practices,” according to the New Zealand Department of Conservation.