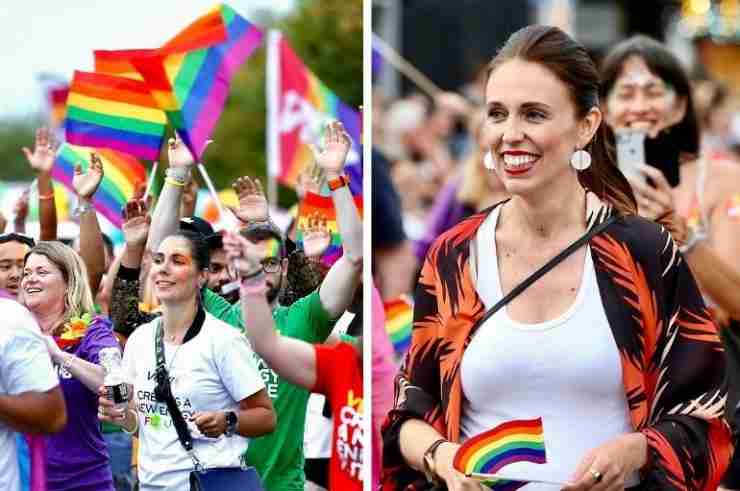 So-called conversion therapy relies on the assumption that sexual orientation or gender identity can be changed or “cured.”

Some of these techniques include talk and behavioral therapy and medical treatments.

The practice has been rejected by medical associations, the United Nations, the World Health Organization and other rights groups, who say it causes harm to its victims and are calling for a global ban.

The bill was passed nearly unanimously by New Zealand lawmakers on Feb. 15 and took effect immediately.

The new law makes it illegal for people to practice conversion therapy on anyone aged under 18 or on someone who lacks proper decision-making capacity, with sentences of up to three years.

Conversion therapy that causes “serious harm” to anyone, regardless of age, is also considered an offense and punishable with up to five years in prison.

The government received a record-breaking 107,000 public submissions on the bill, the highest number ever received on any piece of legislation, the Guardian reported.

“To all those who have been affected by conversion practices or attempts at them, we want to say, this legislation is for you,” deputy prime minister Grant Robertson said. “We cannot bring you back, we cannot undo all of the hurt, but we can make sure that for the generations to come, we provide the support and love you did not get and protect you from the harm of those who seek to try to stop you from being who you are.”

The bill also defines what is not conversion therapy and protects the right to express one’s opinions or beliefs.

“This legislation is not looking to criminalize open and respectful conversations which aim to facilitate help and support where someone is wrestling with their sexuality,” lawmakers wrote, NPR reported.

Bans on conversion practices have been gaining momentum in the past few years.

New Zealand joins Canada as one of the few countries that have completely banned conversion therapy. Other countries and states have some form of legislation prohibiting the practice.