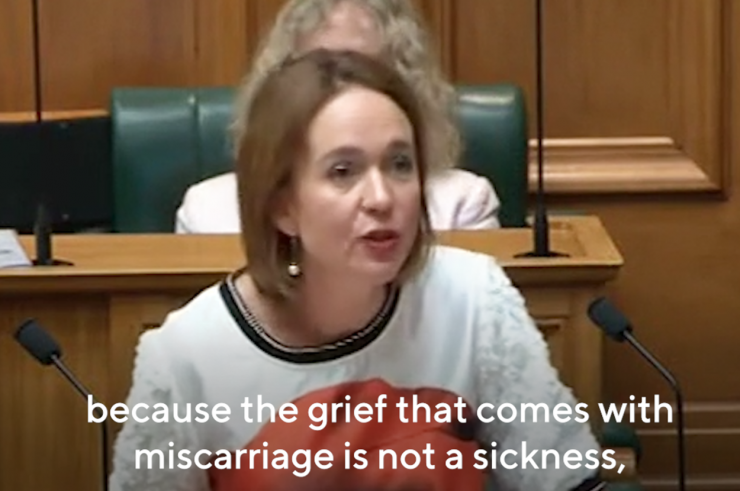 “At a time when a woman is dealing with the emotional and unexpected loss that comes with the end of a pregnancy, there is still stigma in New Zealand today around asking for help,” Ginny Andersen, Labour member of Parliament, said when she represented the third and final reading of the Bereavement Leave for the Miscarriage Bill on Wednesday Mar. 24.

The provisions in the bill also extend to not only the couples or biological parents who have a miscarriage or stillbirth, but also those who grieve such loss through surrogacy or adoption.

“The bill will give women and their partners time to come to terms with their loss without having to tap into sick leave,” Andersen said, according to Reuters. “Because their grief is not a sickness, it is a loss. And loss takes time.”

This makes new Zealand the second country in the world that provides leave for losing a pregnancy.

The other country that provides such leave is India, which allows women to take six weeks of leave after a miscarriage, reported by CNN.

About 10 to 20% of known pregnancies end in miscarriage, while most occur before the 12th week of pregnancy, according to the Mayo Clinic, NPR reported.

Andersen said in her statement that one in four women in New Zealand has had a miscarriage. “I hope it gives people time to grieve and promotes greater openness about miscarriage. We should not be fearful of our bodies.” she tweeted after the reading.