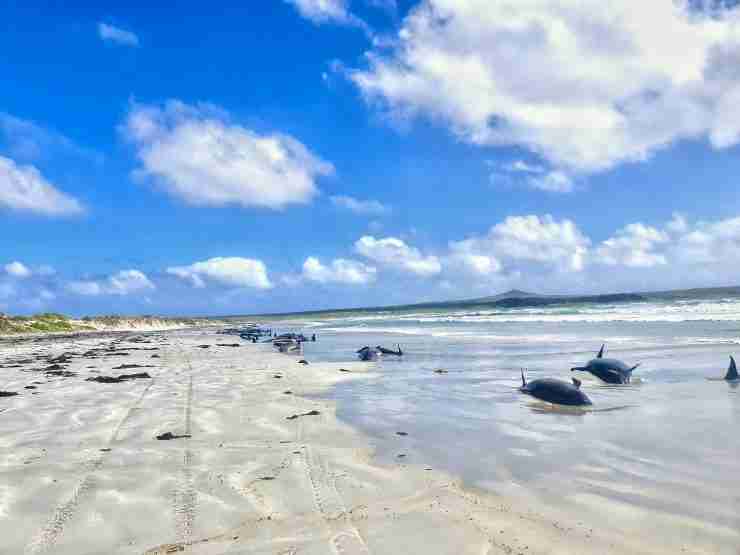 97 pilot whales and 3 dolphins have died after a mass stranding on the Chatham Islands in New Zealand.

Conservation officials said they were notified about the stranding at Waitangi West Beach on Sunday Nov. 23, but by the time they had arrived at the remote location, only 26 of the whales were alive.

Officials said they were forced to euthanize the whales and a further two that became stranded on Monday Nov. 25 as they were in a very weak condition and would have faced rough sea conditions and most likely great white sharks.

Officials say they notified local indigenious Moriori and Maori groups, who performed a karakii/karakia – a prayer – to honor the spirit of the whales, which will be left to decompose naturally.

Although the cause of the stranding is unknown, mass strandings are reasonably common on the Chatham Islands with up to 1000 animals dying in a single stranding in 1918, according to the Department of Conservation.