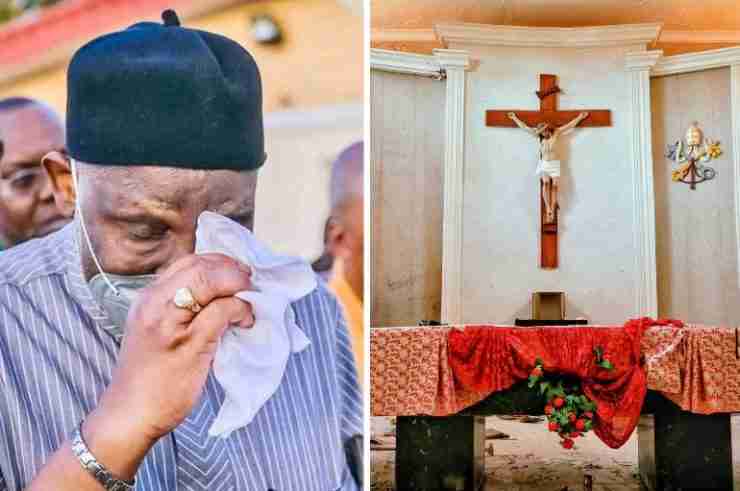 At least 50 people have been killed after armed men opened fire at a Catholic church in Nigeria on Sunday June 4.

Around 11:30 am, gunmen fired upon and set off explosives at the St Francis Xavier Catholic Church in southwest Nigeria, Owo, while worshippers were attending weekly Sunday mass.

“Some of the gunmen disguised as congregants, while other armed men who had positioned themselves around the church premises from different directions, fired into the church,” police said, according to Reuters.

Local officials and doctors have recorded at least 50 deaths, including children and elderly, but fear the death toll might go higher.

Many people of the congregation have been left traumatized. “I don’t think the shock of what I saw will leave me for the rest of my life,” a member of the Church told the BBC.

Although Nigeria has seen frequent attacks from terrorist groups like Boko Haram, the city of Owo has been a relatively safe place and spared from conflicts around the region.

Information about the attackers is still unknown.

Nigerian security has worsened during the years despite President Muhammadu Buhari running on a campaign to end the national security crisis.