Nigeria’s government has blocked Twitter after the social media platform removed a post from the country’s president, Muhammadu Buhari, that violated its rules.

Nigeria’s government has blocked Twitter after the social media platform removed a post from the country’s president, Muhammadu Buhari, that violated its rules.

“Many of those misbehaving today are too young to be aware of the destruction and loss of lives that occurred during the Biafra war,” Buhari tweeted.

“Those of us in the fields for 30 months, who went through the war, will treat them in the language they understand.” His tweet was in reference to recent attacks by arsonists and gunmen on the national electoral commission in the southeast of the country, where a civil war fought between the country’s government and the state of Biafra, consisting of Igbo people who were trying to secede, occurred between 1967 and 1970. The war killed one to three million people, mostly from the Igbo tribe in Biafra, according to CNN.

Buhari, who has 4.1 million followers on Twitter, was a commander on the side of the Nigerian government during the war, and many saw his tweet as “a threat of genocide” against the Igbo people, according to the New York Times.

He was suspended for 12 days for violating the abusive behavior policy on Wednesday June 2. The next day, Nigeria’s information minister, Lai Mohammed, announced on Twitter that Twitter would be suspended indefinitely due to “the persistent use of the platform for activities that are capable of undermining Nigeria’s corporate existence”. The minister’s announcement sparked public outrage throughout the country.

On Saturday, Twitter – which is used by more than 39 million people in Nigeria, according to public opinion and research organization NOI Polls – became inaccessible. People are calling the government to unblock the social media platform, and many are using VPNs to protest and continue to access the service.

The director of Amnesty International in Nigeria condemned the ban, saying Twitter was “widely used by Nigerians to exercise their human rights including their rights to freedom of expression and access to information.” 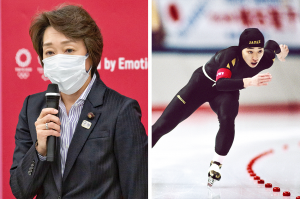