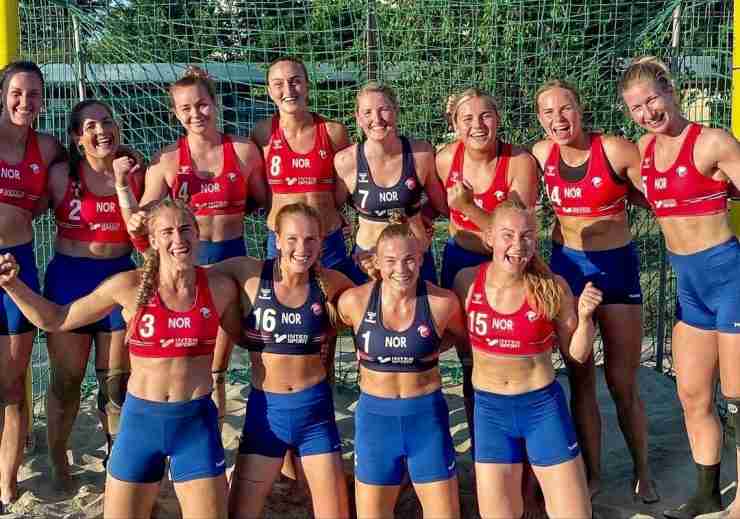 The Norwegian women’s handball team have been fined 150 euros each for wearing shorts instead of the required bikini bottoms at a match.

The team was required to pay a total of 1,500 euros to the European Handball Federation after they chose to wear shorts at the bronze medal game against Spain at the European Beach Handball Championships on Monday July 19 in Varna, Bulgaria.

Women players are officially required by the International Handball Federation to wear bikini bottoms “with a close fit and cut on an upward angle toward the top of the leg and the sides must be under 4 inches.”

Male players can wear shorts as long as they are four inches above their knees and aren’t “too baggy,” according to the New York Times.

The team had planned for weeks to reject the rules to illustrate the double standards faced by women athletes.

“I don’t see why we can’t play in shorts,” Norwegian player Martine Welfler, said, according to the New York Times.

“With so much body shaming and stuff like that these days, you should be able to wear a little bit more when you play,” she added.

The head of the Norwegian Handball Association said it would be paying the fine, adding that the organization had been complaining about the bikini bottom requirement to the international federation since 2006 but nothing happened.

“In 2021, it shouldn’t even be an issue,” the president of the Norwegian Volleyball Federation said.

The National Handball Teams of Norway shared a photo of the team on Instagram, saying it was very proud of the women who raised their voice about the issue and that the Norwegian Handball Association will stand behind them.

A spokesperson for the International Handball Federation told the New York Times she did not know the reason for the rules and that the organization is looking into it internally.