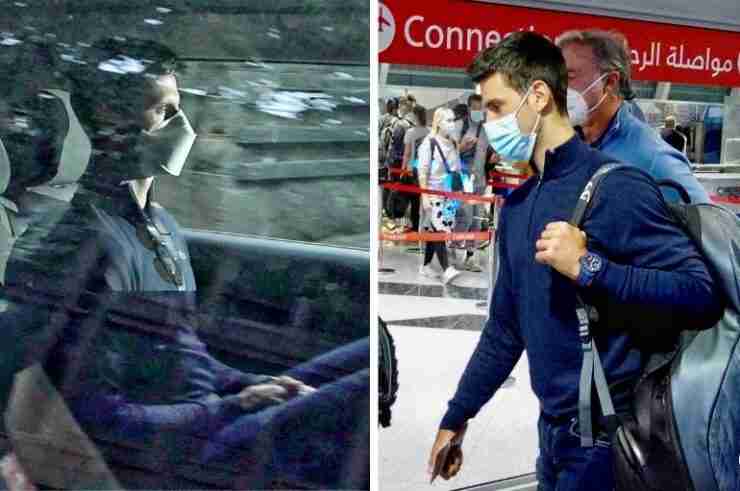 Serbian tennis star Novak Djokovic has been deported from Australia after a court rejected his attempt to restore his visa.

The 34-year-old World No. 1 had his visa canceled upon arriving in Australia on Jan. 5 due to the lack of “appropriate evidence” over a medical exemption granted on the basis of an alleged COVID-19 infection to enter the country.

He was kept in immigration detention awaiting deportation until a court ruled on Jan. 10 that his visa did come with a medical exemption supported by “an independent panel convened by the state government in Victoria, which includes Melbourne,” according to the New York Times.

On Wednesday Jan. 11, Djokovic released a statement on his Instagram to “address the continuing misinformation about his activities and attendance at events in December in the lead up to [his] positive PCR COVID test result.”

He said that he did not want to let the journalist down but ensured he socially distanced and wore a mask the whole time.

He added that upon reflection, it was “an error in judgment” and he should have rescheduled the interview.

He also said that his agent had made an “administrative mistake” on his travel declaration for Australia by incorrectly ticking the box that said he had not traveled to any other countries in the 14 days before arriving in Australia.

Social media posts had shown him traveling between Spain and Serbia.

“This was a human error and certainly not deliberate,” Djokovic said, adding that his team had “provided additional information to the Australian government to clarify the matter.”

On Friday Jan. 14, Australia’s immigration minister, Alex Hawke, exercised his personal powers and canceled Djokovic’s visa on the basis that his presence could encourage “anti-vaccination sentiment.”

Djokovic’s team tried to appeal but it was unanimously rejected by the court on Sunday Jan. 16.

In a statement, Djokovic said he was “extremely disappointed” but respected the ruling and would cooperate with authorities regarding his departure from Australia.

He boarded a flight from Melbourne to Dubai later in the day, ending his bid for a record 21st Grand Slam title.

He arrived back in Serbia on Monday Jan. 17.

Under Australia’s immigration laws, Djokovic will not be able to enter the country for three years.

However, Australian prime minister Scott Morrison said in an interview on Djokovic may be allowed to enter sooner under the “right circumstances.”