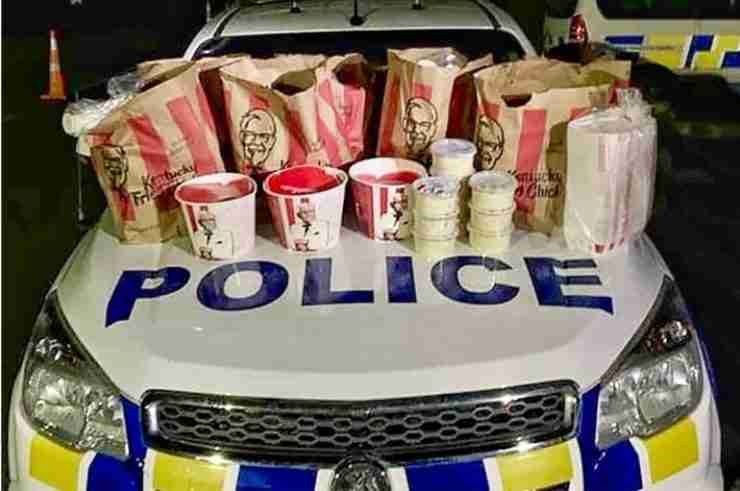 New Zealand police have arrested two gang members who were trying to enter Auckland, which is under a strict lockdown, on Thursday, with a trunk full of KFC and NZ$100,000 (US$70,855) in cash.

Police said they busted the two men after they noticed a suspicious looking vehicle on the outskirts of the city, which is under a strict Level 4 lockdown dictating that all restaurants, including take-away, are closed.

Police said the vehicle immediately did a U-turn and drove off upon seeing the police car.

Police said the men, aged 23 and 30, had traveled from Hamilton, about 120 kilometers (75 miles) south of Auckland.

“The vehicle was searched and police located the cash, alongside empty ounce bags and a large amount of takeaways,” police said, NZ Herald reported.

Police evidence photos showed at least three buckets of fried chicken, up to 10 tubs of coleslaw and numerous bags presumably containing fries and other sides.

Authorities say the pair have been charged with breaching the Health Order, and will appear in court at a later date, adding that further charges may be likely.

Breaching Health Order can result in up to six months in prison or a fine of up to NZ$4,000 or about US$2,830, according to the Guardian.