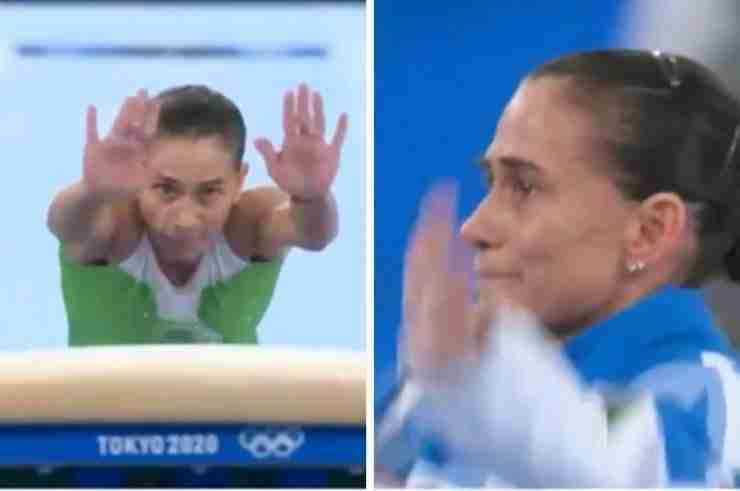 Chusovitina has competed in every summer Olympics since the 1992 Games in Barcelona, where she was a member of the Unified Team, the sports team of the former Soviet Union. She was part of the women’s gymnastics team that won a gold medal.

Throughout her career, Chusovitina has won nine medals for vault, holding the world record for the most world championship medals from an individual gymnastics event.

She also holds the record for the most Olympic appearances by a woman gymnast and is part of a small group of gymnasts to have returned to international competition after becoming a mother.

Over more than a quarter of a century, she competed to help pay for the medical bills of her only son, who was diagnosed with leukemia in 2002 at the age of two. Her son, now 22, is cancer-free.

Despite not advancing through to the finals in Tokyo, Chusovitina said she wasn’t worried about the scores during her final appearance at the Olympics.

“It was really nice. I cried tears of happiness because so many people have supported me for a long time,” she said. “I didn’t look at the results, but I feel very proud and happy.”

“I’m saying goodbye to sports. I’m 46 years old. Nothing is going to change it. I’m alive, I’m happy, I’m here without any injuries, and I can stand on my own,” she said.