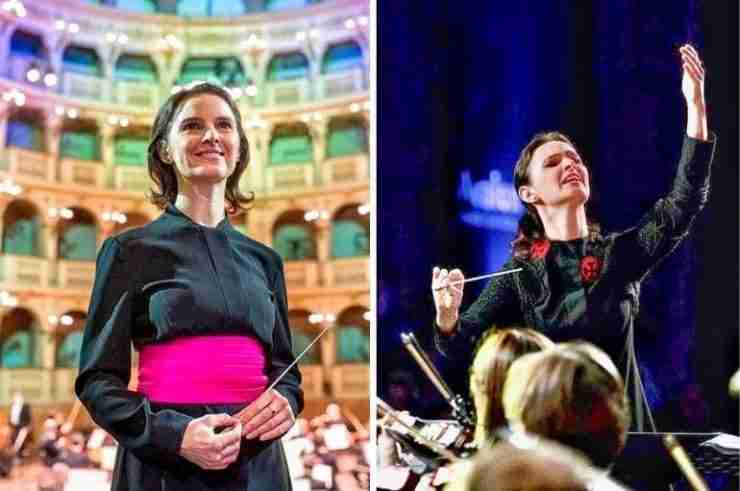 Oksana Lyniv, a veteran Ukrainian conductor, will become the first woman to hold the baton at an Italian opera house.

January marks the start of her official conductorship at Bologna’s Teatro Comunale, which opened its doors in 1763 and has hosted some of Italy’s greatest composers including Verdi, Rossini and Bellini.

Born into a musical family in Brody, western Ukraine, 44-year-oldLyniv conducted her first orchestra at the age of 16, starting a career that continues to break the gender ceiling in a profession that has historically been predominantly male.

“I didn’t realize, when I received the letter from the Teatro Comunale, that I would be the first female conductor of an Italian opera house,”Lyniv told The Guardian after being offered a three-year tenure as musical director.

This is not the first time the Lysenko musical school alumna has made history in the musical world. Her first chief conductorship began at Graz Opera in Austria, where she also became the first woman conductor of the historic opera house.

Last July, she also broke the 145-year-long male dominance at the opening of Germany’s Bayreuth opera festival, where she conducted Richard’s Wagner’s Flying Dutchman with former German chancellor Angela Merkel, who stepped down from her role in December 2021, and her husband Joachim Sauer in the audience.

“It’s important that this change is happening now,” Lyniv said, encouraging young women conductors not to hold back from going for opportunities to advance their career.

She has also devoted herself to motivating the younger generation to get to know and even become interested in the opera.

During her tenancy at Odessa National Opera in Ukraine, she worked on establishing the national youth orchestra, and in 2016, became the founder and art director of the LvivMozArt International Classical Music Festival.