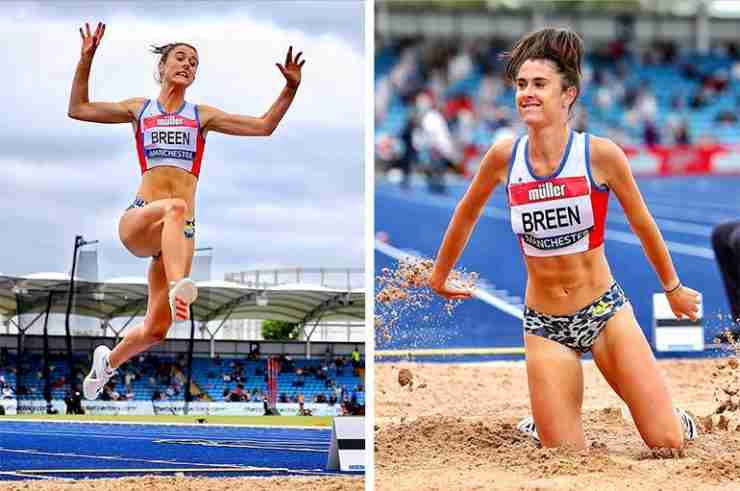 Olivia Breen, a two-time Paralympic champion from Wales, has spoken out after an official said the sprint brief she wore to a long jump competition were “too short and inappropriate.”

Breen, 24, said the incident, which happened at the English Championships on Sunday July 18 in Bedford, England, left her speechless.

Breen said after her event, a woman official asked to speak to her, saying “I think your briefs are too revealing, and I think you should buying a new pair of shorts.”

She told Sky News her first response was “Are you joking?” but the official said she was serious.

“I have been wearing the same style sprint briefs for many years and they are specifically designed for competing in,” Breen said in a statement on Twitter.

“It made me question whether a male competitor would be similarly criticized,” she said. “Women should not be made to feel self conscious when they are competing but should comfortable and at ease.”

Breen, who has cerebral palsy, hearing loss and some learning difficulties, said that the Adidas official competition 2021 briefs gave her an advantage while also complying with regulations.

She said she had filed a formal complaint with England Athletics, the competition organizers, according to the New York Times.

On Monday July 19, Breen tweeted that she had heard from other women athletes who had gone through similar experiences along with a photo of her briefs, saying she didn’t think it was “objectionable” within the England Athletics regulations.

In a statement, England Athletics said it would investigate the incident, adding that “the well-being of all participants is of the utmost importance, and everyone should feel comfortable to compete and participate in the sport.

Breen, who has cerebral palsy, hearing loss and some learning difficulties, has won gold twice at the I.P.C. World Championships and bronze in the 4×100-meter relay at the 2012 Paralympic Games.

She will represent Britain at the Paralympic Games in Tokyo next month.