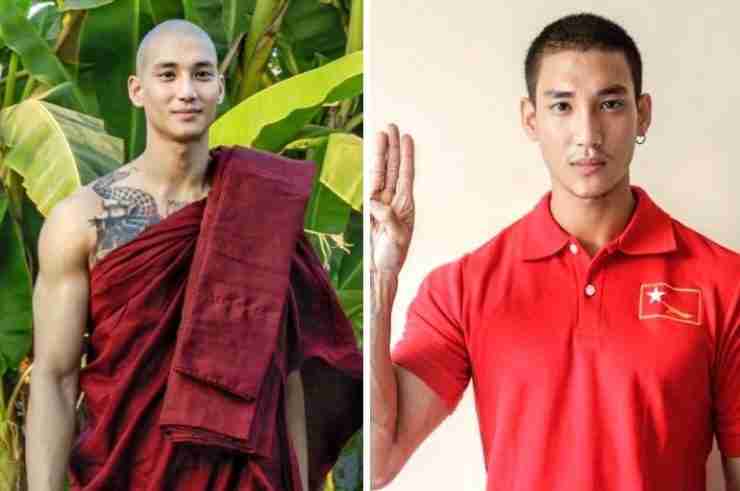 Paing Takhon, one of Myanmar’s most popular celebrities, has been sentenced to three years in prison for taking part in mass protests against the military coup that happened in the country in February.

The 24-year-old actor and model, who had more than one million followers on his Instagram account, was arrested at his mother’s home in the North Dagon area on Apr. 8 by about 50 soldiers in eight military trucks at 05:00 local time, according to the BBC.

He had attended several anti-coup demonstrations since February and posted openly against the coup on his social media accounts, which have all been taken down.

“We strongly condemn the military coup. We demand immediate release of state counselor Daw Aung San Suu Kyi, President U Win Myint, civilian government ministers and elected members of parliament,” he wrote in one post, according to the BBC.

Along with about 100 filmmakers, actors, celebrities and journalists – several of whom have gone into hiding – he was charged with calling for participation in the Civil Disobedience Movement, damaging the state’s ability to govern and generally inciting people to disturb the peace and stability of the nation, according to the Guardian.

His legal advisor told AFP that Paing Takhon had been sentenced to hard labor and that his family is considering whether to appeal.

The military seized power in a coup in February and declared a year-long state of emergency after accusing the country’s leader Aung San Suu Kyi and her party of fraud in Myanmar’s election in November.

The coup led to some of the largest protests the country has seen in more than a decade and a brutal military crackdown on protesters.

Since then, more than 1,178 people have been killed and 7,355 people arrested, charged or sentenced as part of the military crackdown on protesters demonstrating against the coup, according to the Assistance Association for Political Prisoners (AAPP).