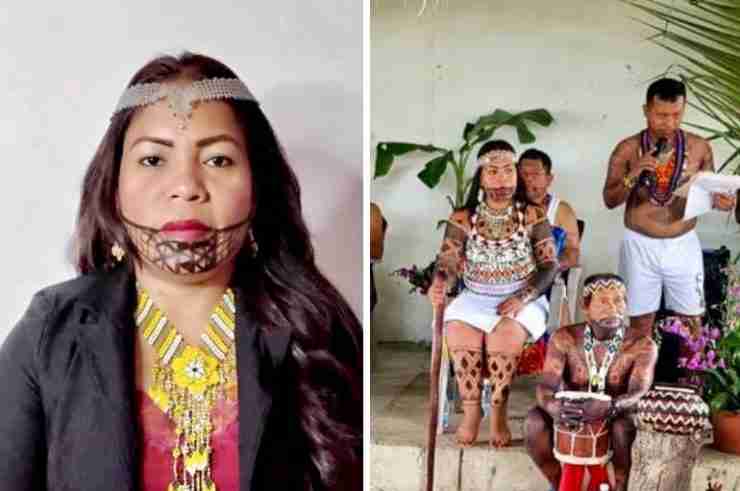 One of Panama’s smallest Indigenous communities has elected a woman leader for the first time ever.

Aulina Ismare Opua, from the Wounaan Indigenous group, took office on May 2.

The 36-year-old replaced Diogracia Puchicama as the new leader of the Wounaan Indigenous group in a traditional ceremony in Puerto Lara.

“We now leave behind the ideology that positions of power should be occupied by men,” Ismare Opua said during the ceremony, according to local reports. “I come with the intention that men and women work together for the common good that we all deserve.”

She ran under the campaign slogan, “A woman for a better development and unity of the Wounaan people” and was elected on April 2.

She has expressed support for women and their fight against discrimination and human right violations in Panama.

Territorial security and indigenous land ownership are among the main priorities during her administration.

Panama’s assistant minister for Indigenous affairs says there is a growing trend for Indigenous women to take positions of power in their respective communities.

“Women have been demanding their space and daring to compete in traditional elections,” Ausencio Palacio told AP.

The Wounaan are among the smallest Indigenous community in Panama with only about 8,600 people.