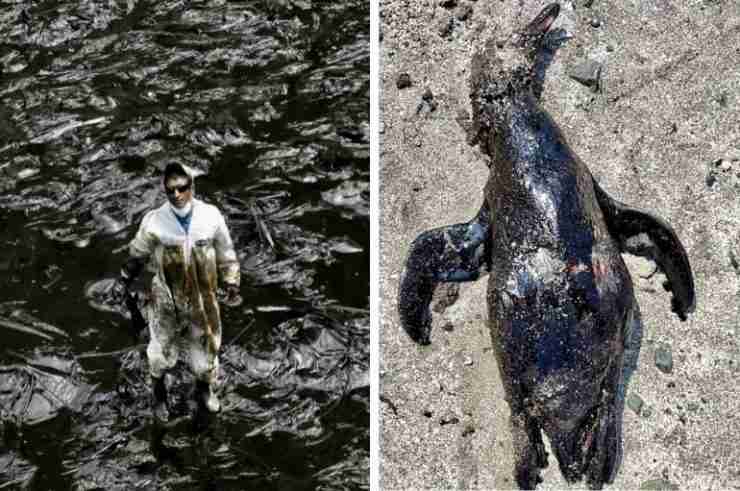 Peru is facing a massive ecological disaster after abnormal waves caused by the eruption of the underwater volcano near Tonga on Jan. 15 led to a massive oil spill along the country’s coast.

On Jan. 16, the Spanish oil company Repsol reported to authorities that one of their tankers had been by the tides caused by the volcanic eruption on Saturday.

“This is the worst ecological disaster that has occurred around Lima in recent times and has seriously damaged hundreds of fishermen’s families,” authoritiessaid on Twitter.

Authorities have declared a 90-day “environmental emergency” to help the local population and wildlife, and cleanup efforts are underway.

Repsol has also issued a statement about its commitment to clean up the oil spill. However, it has come under fire for its lack of transparency and preparedness during the emergency.

According to Peru’s environmental minister, an initial report by Repsol said that only 0.16 kilometers of coast had been affected and the company had “effectively” contained the spill.

The company’s communication director also denied responsibility for the damages, adding that the spill was “limited.”

“We did not cause this ecological disaster and we cannot say who is responsible,” she said on national radio.

The government has demanded Repsol pay for ecological damages, and prosecutors have opened an investigation into Repsol’s role in the incident.

Oil spills are extremely toxic for wildlife and clean up efforts aren’t 100% effective. Birds trapped in oil are unable to fly, and the oil strips fur-bearing mammals of their insulation, leaving them prone to hypothermia.

Dangerous chemicals from oils can also stay in the ecosystem for decades.