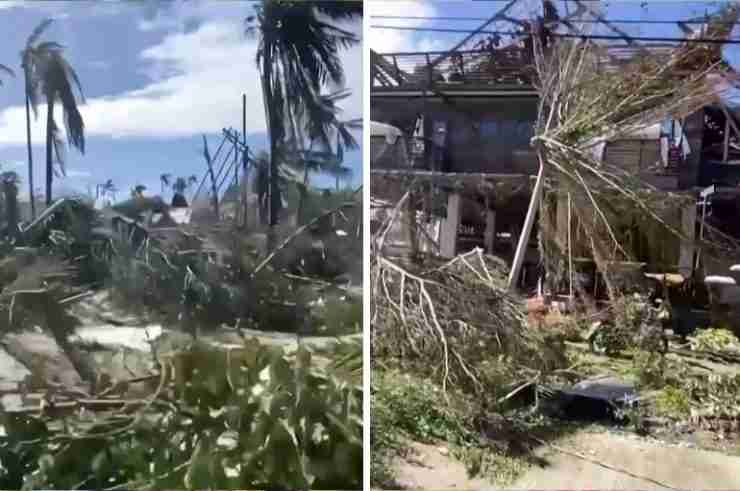 Almost 400 people are dead, hundreds more injured and hundreds of thousands displaced in the Philippines after a powerful storm tore through the country last week.

Super typhoon Rai packed wind speeds of 195 kilometers an hour (120 mph) as it made landfall on the island’s south-eastern islands last Thursday Dec. 16, destroying cities as it uprooted coconut trees, ripped down electricity poles and hurled slabs of metal and wood through the air, according to Reuters.

1.8 million people were affected, with 630,000 people displaced, according to the United Nations.

More than 400,000 people are staying in evacuation centers or with others after their homes were destroyed, the country’s national disaster agency said.

Some areas have been cut off and left without power and telephone and internet connections, hampering search and rescue efforts.

Forecasters said that the storm’s intensification had “surpassed all predictions,” Reuters reported.

The chairman of the Philippines Red Cross said Rai was one of the strongest storms ever known to have struck the Philippines, which is hit by an average of 20 typhoons a year, according to the New York Times.

The government has deployed the military, police and coast guard to deliver food, clean water and medical supplies to the worst-hit regions, with the president promising to dedicate $200 million to recovery efforts.

Aid groups and other countries have sent aid, and the UN said it is coordinating a relief effort.