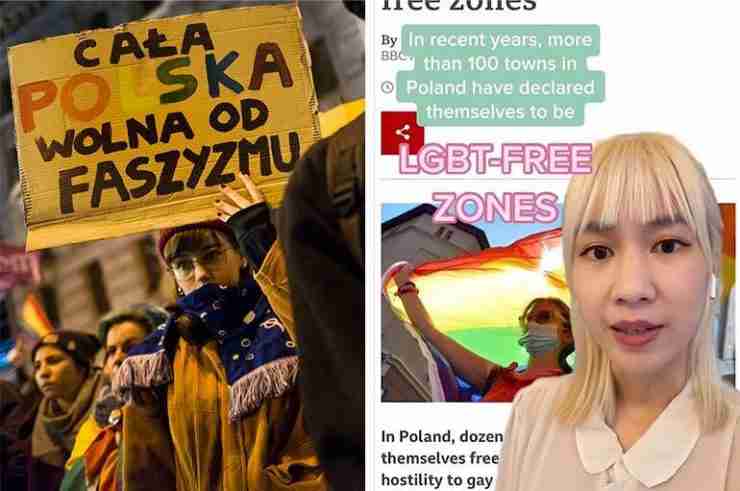 On Saturday Jun. 19, thousands of people in Poland took part in a pride parade in Warsaw to demand an end to discrimination against the LGBT community.

In recent years, more than 100 towns in Poland have declared themselves to be “LGBT-free zones” or areas that are completely “free of LGBT ideology”.

LGBT rights in Poland is one of the worst in Europe, according to a 2021 report by a leading LGBT advocacy group.

Poland is deeply Catholic, and the ruling right-wing party and the Catholic clergy have been accused of boosting homophobia. Same-sex relationships are not legally recognized in Poland, and same-sex couples cannot adopt children together.

Although some LGBT people have been able to adopt by applying as a single parent, the Polish government proposed a new law in March to close the loophole.

On Saturday Jun. 19, thousands of people held a massive pride parade through Warsaw to call for an end to discrimination against LGBT people.

The European Union has also shown its support for the LGBTQ community by declaring the whole of the EU as an “LGBTIQ Freedom Zone”.