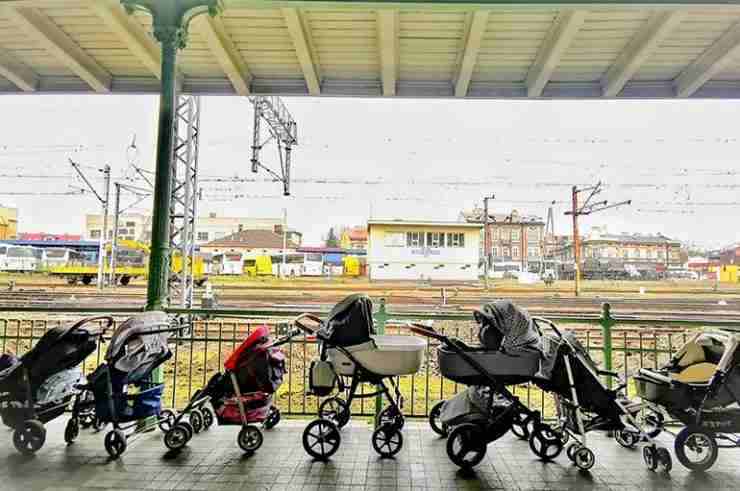 A photo of baby strollers left at a train station in Przemyśl, Poland, for Ukrainian refugees fleeing the war has gone viral on social media.

The photo was captured by Francesco Malavolta, a 46-year-old photojournalist, who told Almost that he arrived in Przemyśl two days after the war.

“I noticed a woman who was leaving a stroller at the railway station,” he said. “I asked the woman what she was doing, and she said mothers from Ukraine could use them if needed.”

The photo showed seven strollers lined up on a train platform at the border crossing between Ukraine and Przemyśl.

Some of the strollers were filled with supplies for the mothers and children.

Malavolta said that many Ukrainian women ended up using the strollers and were looking for them.

The photo touched many people.

“The humanity of ordinary people gives me hope for the future,” another person wrote.

“Volunteers from Poland were very nice to everyone,” Malavolta said. “There are only acts of kindness.”

“There are a lot of kids and women: although their stories are different, they share the same sufferance.”

More two million people have now fled Ukraine into neighboring countries since Russia’s invasion on Feb. 24, according to the UN.

More on Russia’s Invasion Of Ukraine