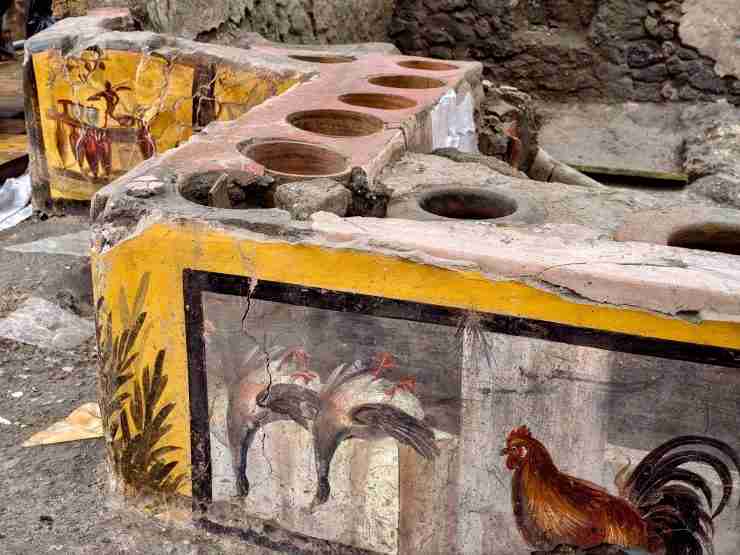 Archaeologists have unearthed an exceptionally well-preserved ancient fast food stand in the Italian city of Pompeii, which was destroyed by a volcanic eruption nearly 2,000 years ago.

The snack bar, which is known as a frescoed thermopolium, was partially excavated from volcanic ash in 2019, but archaeologists continued to uncover the rest of the site to unveil not just a fresco with a image of a nymph riding a seahorse, but some illustrations of animals that are believed to have been on the menu, including mallard ducks and a rooster.

The team also discovered remains of pigs, goats, fish, snails and ducks in earthenware pots, as well as crushed fava beans, which were used to modify the taste of wine, giving historians and archaeologists insight into the daily life and eating habits of people back then.

The director of Pompeii archaeological park told Reuters that the discovery of The Thermopolium of Regio V was “extraordinary” as it was the first time a thermopolium had been excavated in its entirety.

Around a third of Pompeii, which was buried in the volcanic eruption from Mount Vesuvius in AD79 has not yet been uncovered, according to the BBC, and discoveries are made continually.

In November, archaeologists discovered the remains of what appears to be a rich man and his slave who were killed in the eruption.