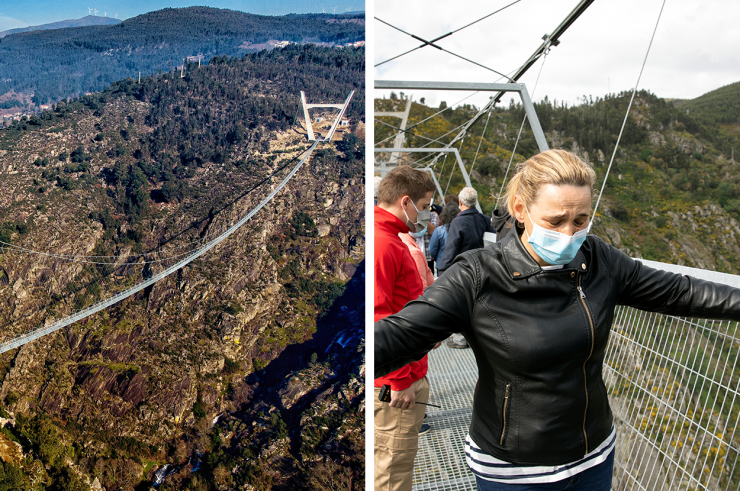 Portugal has opened the world’s longest pedestrian suspension bridge in the north of the country.

The Arouca 516, which took about two years to build, is 516 metres (1,700 feet) long and suspended at 175 meters above the Paiva River in the UNESCO-recognized Arouca Geopark, surrounded by mountains and greenery.

On Thursday Apr. 28, locals from Arouca were allowed to walk across the bridge ahead of its official opening ceremony on Sunday May 2. “I was a little afraid, but it was so worth it,” 42-year-old Hugo Xavierm, the first man who made the crossing, said after crossing the bridge.

“It was extraordinary, a unique experience, an adrenaline rush.” “The inauguration is important because it will enable us to resume our tourist activities,” Arouca’s mayor, Margarida Belem, told AFPTV, adding that it will be a “fundamental attraction” for the region.

Arouca 516 breaks the record for the world’s longest pedestrian suspension bridge, which was previously held by the Charles Kuonen Bridge at Randa, in the Swiss Alps.