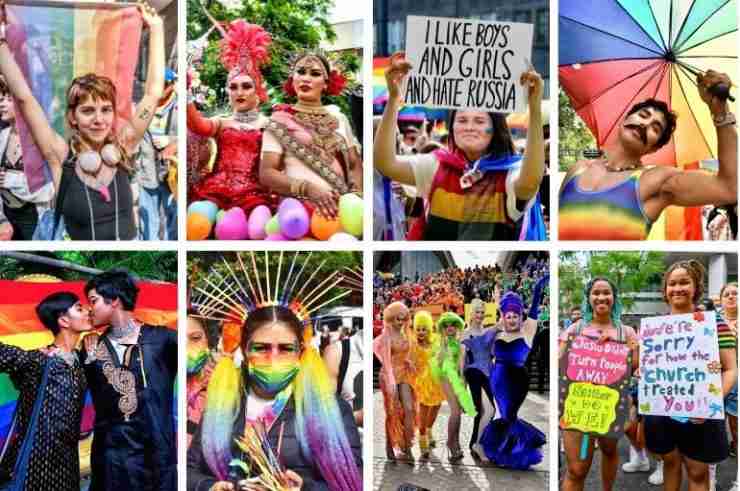 From the streets of Warsaw and Kolkata to Sydney and Mexico City, thousands of people around the world took part in marches, parades and protests to mark LGBTQ Pride Month in June.

Here’s a look back at some of the biggest events from Pride 2022.

More than 300 demonstrators were detained by police at this year’s Pride parade. The Turkish government has suppressed the event since 2015.

Unable to hold a parade in Ukraine due to Russia’s invasion, KyivPride teamed up with Warsaw Pride to host a peace march in the Polish capital.

India held its first pride parade after a two-year pause due to the pandemic, with multiple cities, including Delhi, Kolkata and Chennai, taking part.

Thousands of people flooded the streets of Oslo, Norway, in a Pride protest against hate after a gunman killed two people outside a gay bar.

As part of its Pride month celebrations, the capital of Mexico also held a mass same-sex wedding a day before the annual Pride march.

More than 1,000 people came together to form a giant Progress Flag on the steps of the Sydney Opera House.

Thousands of people attended Pride celebrations in Tel Aviv, while other cities held Pride marches under a heavy police presence.