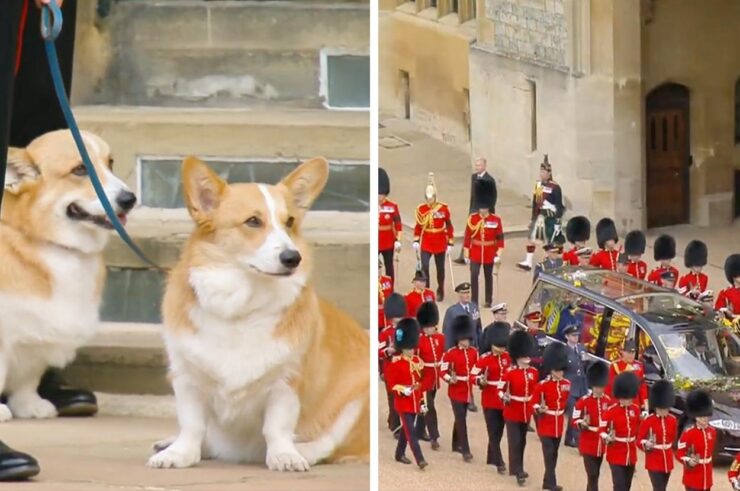 The royal family, state dignitaries, and celebrities attended Queen’s Elizabeth’s funeral on Monday, but the most important guests, the Queen’s corgis, did not miss the procession.

Two of the Queen’s dogs, Muick and Sandy, were allowed outside the premises of Windsor Castle to witness the arrival of the funeral procession.

Muick and Sandy’s appearance got people’s attention on social media.

They even brought some people to tears.

The Queen was well-known for her love of dogs, especially corgis, owning 30 throughout her lifetime.

She received her first corgi when she was only seven.

Many of the pembroke welsh corgis that she has owned over the years are descendants of Susie, a corgi she had when she was 18-years-old.

Other beloved animals of the Queen were also present such as her horse, Carltonlima Emma.

On Monday, the Queen’s coffin arrived at Windsor Castle, and she was buried at King George VI Memorial Chapel inside the premises beside her late husband.