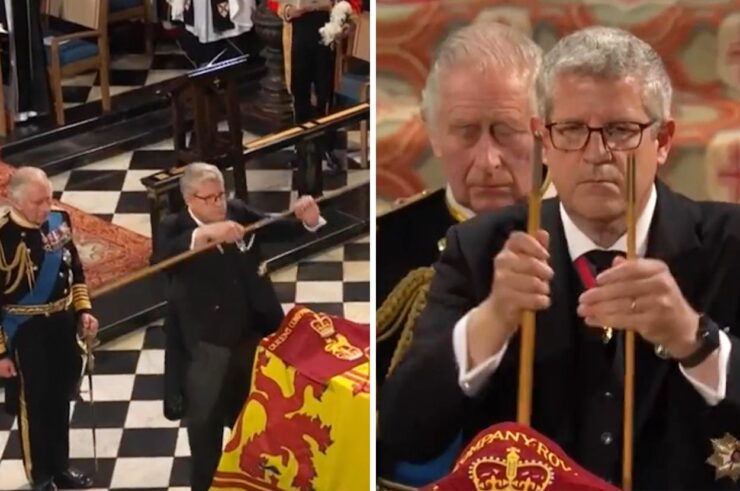 For the first time in history, the Lord Chamberlain, the most senior position in the royal household, broke his wand on TV, symbolically ending the reign of Queen Elizabeth II.

As part of the late queen’s funeral on Monday Sep. 19, Lord Andrew Parker broke a thin white staff and placed it on the queen’s coffin before it was lowered into the royal vault in St. George’s Chapel in Windsor.

The “breaking of the wand” has not taken since Queen Elizabeth II’s father, King George VI, was buried in 1952 and had not been widely seen by the public before.

The wand, known as the “wand of office”, originated from a tool that the lord chamberlain would use to admonish people who were being too rowdy or disrespectful by tapping them, according to the Guardian.

Parker has held the position of lord chamberlain since April 2021 and was responsible for organizing ceremonial activities such as weddings, funerals and state visits.

King Charles III will appoint his own new lord chamberlain, who will receive a new wand of office.