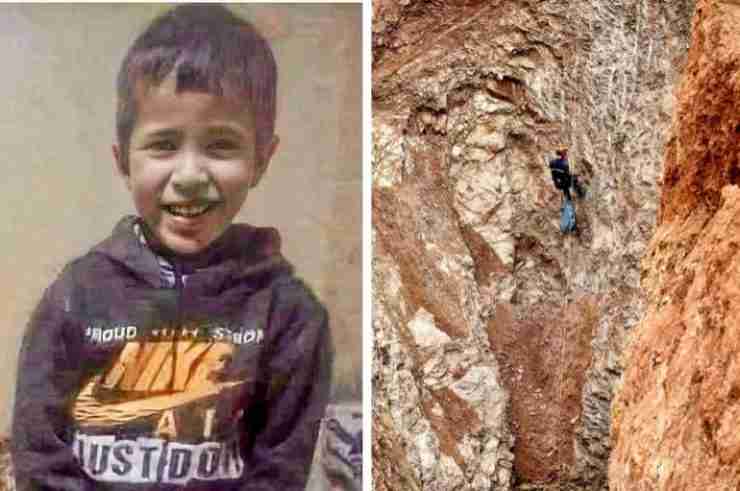 Five-year-old Rayan Oram was stranded in a well for five days in the harsh Moroccan winter. After the country launched a huge, full-scale rescue operation and prayers were sent from around the world, a royal statement announced his death on Saturday Feb. 6.

Rayan’s father was repairing the well when the accident happened in a rural village in Tamorot, northern Morocco, where they also live, on Feb. 1.

A male relative told Reuters that Rayan’s family noticed his disappearance when they heard him crying “lift me up” from the bottom of the well.

After Rayan’s father contacted local authorities, hundreds of rescue workers joined the operation led by Morocco’s Civil Protection Directorate which soon began in the evening on the same day.

32 meters deep and only 45cm wide at the top (and narrows further to the bottom), the well is made up of rocky and sandy soils, making it impossible for rescuers to descend directly into the shaft.

Instead, the rescue team dug a massive trench near the well and tunnelled a horizontal passage in order to reach the trapped boy.

The process of the operation was extremely hazardous to Rayan as well as the rescuers, and was inevitably drawn out as they had to constantly assess for fear of triggering a landslide.

Food, water and oxygen were sent down the well to keep Rayan alive, but it was unclear whether he was able to use them.

Last Saturday evening, the rescue team was finally able to retrieve Rayan from the well after labouring around the clock for five days, during which hundreds of onlookers have gathered around the site, praying and chanting to god, with some even camping out to show solidarity.

No comment was made on Rayan’s condition after he was carried to the waiting ambulance wrapped in a yellow blanket, according to an AP reporter who was at the scene.

Not long after Rayan was sent to the hospital, Morocco’s royal palace released a devastating statement announcing his death, also adding that King Mohammed has called the parents and expressed his deepest condolences.

This terrible accident and painstaking operation have not only engrossed the nation, but also made global headlines with the hashtag #SaveRayan trending on social media around the world.

In a Facebook post, French president Emmanuel Macron also wrote: “Tonight, I want to tell the family of little Rayan and the Moroccan people that we share their pain.”