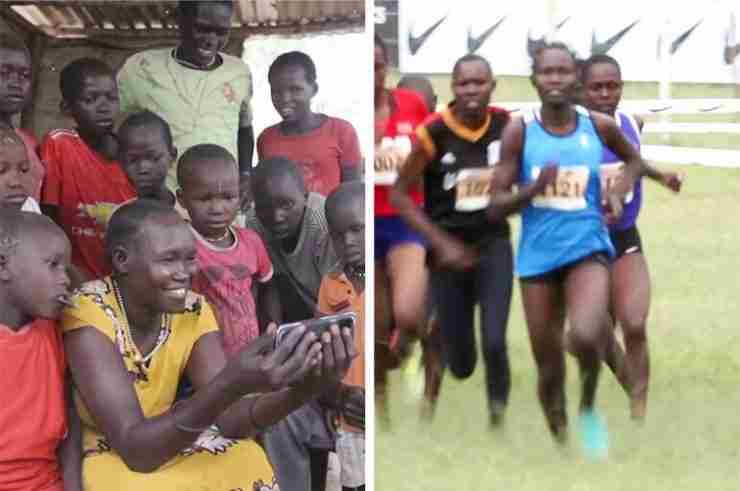 Nathike, Lohalith and Amotun escaped war in South Sudan and moved to Kakuma where they now live and train in Ngong, near Kenya’s capital Nairobi.

The families of the refugee athletes have been sending them prayers and messages of hope, wishing for their luck and victory at the Olympics.

“I think she is a role model. She inspires me a lot. If I was young, I would have definitely loved to be an athlete,” Mary Natukoi Victor, Lohalith’s aunt, said. “I keep encouraging my own kids to look up to Anjelina and so they can travel and see the world like she has.”

Lohalith was part of the historic team that competed at the 2016 Rio Olympics. This year, she’s aiming for the gold medal in the 1,500 meter race.

“I pray that you get a good position during the race, I will be so happy. I want to encourage you and pray that God guides you to victory,” Regina Leah, Amotun’s sister, said.

In Tokyo this year, 29 athletes and refugees are scheduled to compete in 12 sports under the banner of the Olympic Flag. The IOC Refugee Olympic Team’s first ever appearance was at the 2016 Rio Olympics.