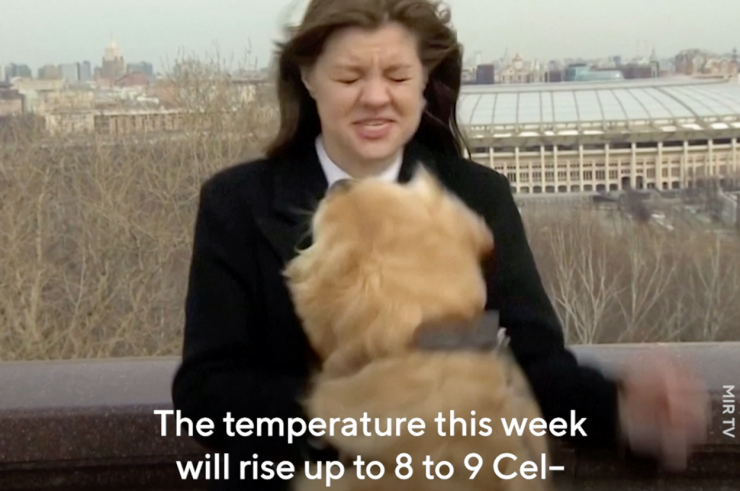 A live weather report in Moscow, Russia, was interrupted as a golden retriever snatched the microphone from Nadezhda Serezhkina, a reporter with broadcaster MIR TV, on Thursday Apr. 1.

When Serezhkina started her live report, which predicted warm weather for the capital, a dog pounced on her, grabbed the microphone and immediately ran off with it.

The news anchor in the studio appeared visibly shocked as Serezhkina chased after the golden retriever.

The broadcast later rejoined Nadezhda in Moscow, where she is seen patting the dog while giving the update. “Yelena, as I have said before the weather is great. It fits well to walking your dogs,” Serezhkina said, before shaking the dog’s hand and signing off.

The video has gained more than 500,000 views on Mir TV’s Youtube channel “Мир 24″ in just four days, becoming one of its most popular weather reports.