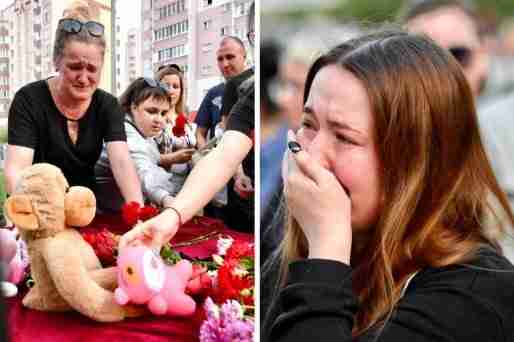 A gunman opened fire at a school in the Russian city of Kazan on Tuesday May 11, killing seven children and two adults and injuring 21 other people, mostly children.

Authorities confirmed that four boys and three girls, a woman teacher and a woman school worker were killed in the attack, which occurred at 9:20 am local time at School No. 175.

A 19-year-old former male student at the school has been detained and charged for the shooting.

“Everyone started panicking and saying shut the doors,” a student told the Mediazona news website. “About a minute later the headteacher started yelling: ‘We’re shutting the doors!'”

Witnesses told local media that there had been an explosion before the shooting began, although it was not immediately clear what caused the blast, CNN reported.

Videos and photos showed several students jumping out of the window to escape. Russian TV reported that two of the children had died after jumping from a window on the second floor, according to the BBC.

Authorities said the student owned the license for a semi-automatic shotgun and used it as a weapon.

People are calling on authorities to raise the minimum age for gun license holders, which is currently 18.

Russian President Vladimir Putin conveyed his condolences to the victims’ families and said he will review Russia’s gun laws.