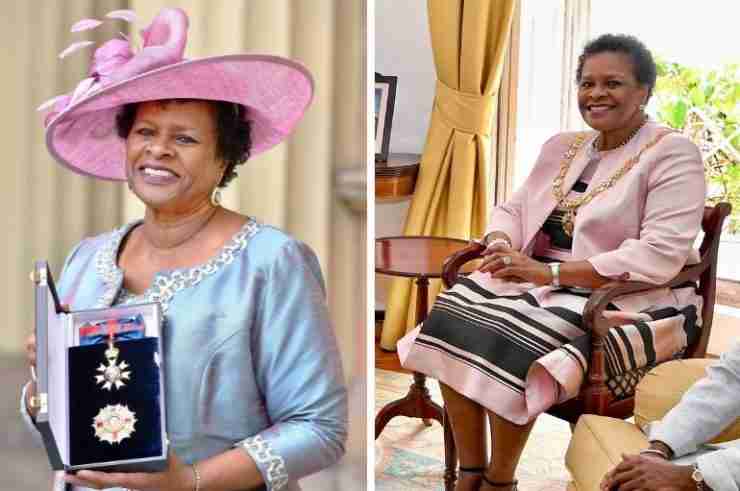 Barbados has elected Sandra Mason, a lawyer and the country’s governor general, as its first ever president to replace Queen Elizabeth II as the head of state.

The 72-year-old was elected to the largely ceremonial role on Wednesday Oct. 20, receiving two-thirds of the vote required from both the House of Assembly and Senate.

She will be sworn in on Nov. 30, when Barbados, a former British colony that gained independence in 1966, will shed its colonial past and become a republic.

“We believe that the time has come for us to claim our full destiny,” Prime Minister Mia Mottley, who announced Mason’s nomination in August, said after the vote. “It is a woman of the soil to whom this honor is being given.”

Mason, the first woman admitted to the Bar in Barbados, has been serving as the governor general, the official representative of Queen Elizabeth II in the country, since 2018, when she was appointed by the Queen.

“The time has come to fully leave our colonial past behind,” Mason said in a speech prepared by Mottley in September, when the country announced it was becoming a republic.

“Barbadians want a Barbadian head of state,” she said.

As part of the transition to a republic, Barbados will also begin working on a new constitution in January, Mottley said.

Barbados is the latest Caribbean island to become a republic, after Guyana cut ties with the Queen in 1970, followed by Trinidad and Tobago and the Dominican Republic, according to the New York Times.

Several former British colonies dropped the Queen as their head of state after gaining independence, with Mauritius being the last to do so in 1992.

The Queen is still the head of state in more than a dozen countries including Australia, Canada, New Zealand and Jamaica, according to CNN.