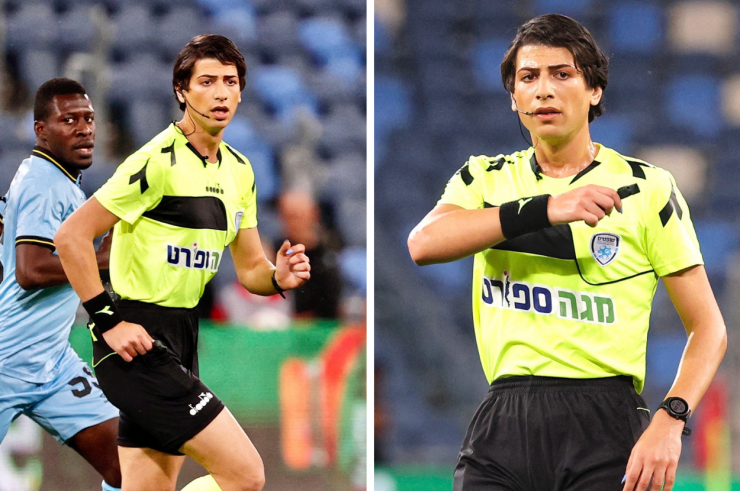 Sapir Berman, one of Israel’s top referees, made sports history when she officiated her first game in the Israeli Premier League after she came out as transgender in April.

Berman, 26, has been a referee for a decade, is a judge in the Israeli Premier League and has now become the first transgender referee who has officiated soccer in the country.

During a news conference, Berman told reporters she had always seen herself as a woman, even from a young age.

Once she realized society would not accept her as who she was, she continued keeping it a secret until she decided six months ago to come out, “to show who I am, first of all to myself, for my soul.”

She started living as a woman visually a few months ago.

Fans and players have started addressing her with the feminine form of Hebrew words, which Berman sees as a sign of respect for her decision to transition.

“It shows me there’s a change in society,” she said.

After her announcement to the press, the Israel Football Association tweeted, “We have a new referee, Sapir Berman. The first referee to be transgender. We are so proud.”