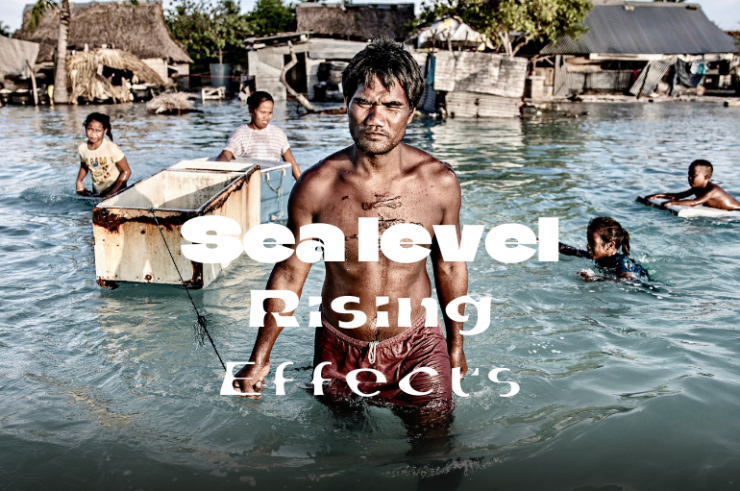 Sea level rise is an inevitable consequence of climate change and one that will affect thousands, if not millions of people.

When the sea rises, low lying islands and coastal communities are in the most danger, with entire countries becoming submerged.

Here’s why rising sea levels are a very real threat and why we need to act now.

It is one of the consequences of global warming and Greenland’s ice sheet melting.

When all of it melts, almost every major coastal city in the world will be inundated.

Melting is now outpacing the mass gained from snow each winter.

The ice sheet melts every year but rising temperatures have increase the melting rate.

Temperature at the summit had almost never surpassed freezing, but it did for the third time in less than a decade.

The rain dumped 7 billion tons of water on the ice sheet, causing surface snow to melt and stream into the ocean.

Climate models predict local warming in Greenland will be 3°C (5°F) to 9°C (16°F) in this century, which would initiate the long-term melting of the ice sheet, the world’s second largest body of ice.

A sea level rise of this level would inundate almost every major coastal city in the world including: Tokyo, New York, Venice, Shanghai, Bangkok, Honolulu, and Jakarta.

Almost 226 million people in 36 coastal cities will be affected in the next years.

Pacific Islands countries like Tuvalu are already feeling the effects.

“We must take bold alternative action today to secure tomorrow”