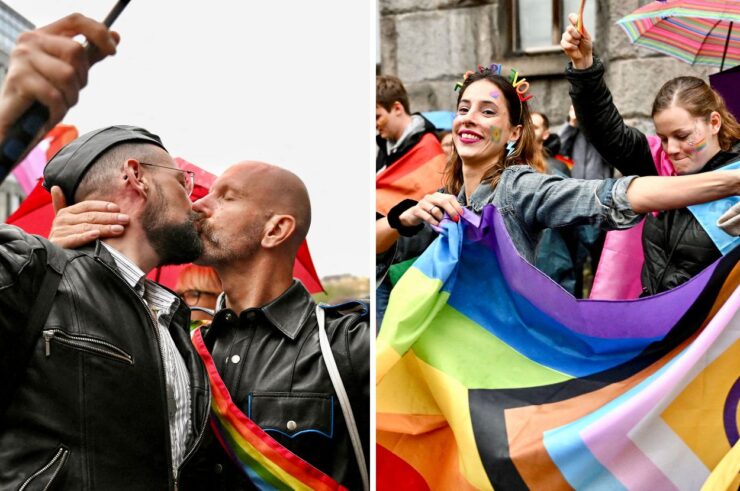 Despite almost being banned and several far-right protests, thousands of people attended the Belgrade Pride in Serbia on Saturday Sep. 17.

The Belgrade EuroPride Parade had initially been canceled by President Aleksandar Vucic last month due to alleged rising tensions from far-right and anti-LGBTQ groups, which meant the government could not guarantee the parade’s security.

The decision was upheld earlier in the week with the interior ministry banning the event due to security concerns over far-right groups.

Human rights organizations condemned the decision and demanded the government to lift the ban.

“The Serbian government’s decision to cancel EuroPride is a shameful surrender to, and implicit sanctioning of, bigotry and threats of unlawful violence,” Human Rights Watch said, according to the Guardian.

The organizers then proposed a shorter route, which was not accepted.

In between negotiations and without seeing an end to the ban, Belgrade Pride organizers insisted that the parade “is not canceled, and will not be canceled”.

Finally, at the last minute, Prime Minister Ana Brnabic – Serbia’s first woman and openly lesbian prime minister – promised organizers that the event could go ahead and that the government would even provide police support.

5,200 police officers were deployed to maintain order between event attendees and far-right and anti-LGBTQ groups.

Despite some clashes along the parade’s route with counter-protestors throwing smoke bombs, the event went on with o major incidents.

Authorities arrested 64 people, and 10 officers were lightly injured, Brnabic said at the end of the event.

Authorities have not given details about the people detained.