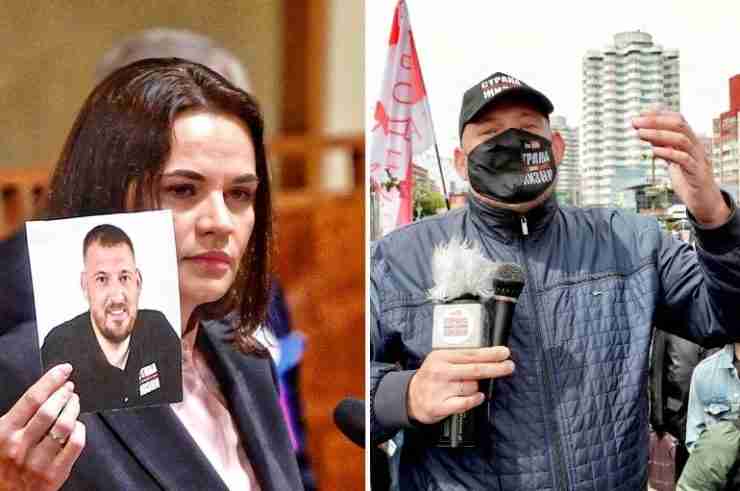 Sergei Tikhanovsky, an opposition leader who tried to run against Belarus’ authoritarian president in the presidential election last year, has been sentenced to 18 years in prison.

43-year-oldTikhanovsky was jailed on Tuesday Dec. 14 charges of organizing mass unrest and inciting social hatred after a closed trial that ran for months.

Tikhanovsky ran a popular YouTube channel before he announced he was running against Lukashenko, who has ruled the country for 27 years, in the presidential election in 2020.

However, he was arrested and jailed ahead of the vote, and his wife, Svetlana Tikhanovskaya, stepped in and ran in his place, leading the mass protest movement against Lukashenko.

Lukashenko was re-elected for a sixth term in August 2020 in a vote that is widely regarded as rigged, sparking further protests, which were met with a brutal police crackdown on peaceful protesters.

Tikhanovskaya fled to Lithuania to live in exile, and Lukashenko has since jailed all of the country’s prominent opposition figures.

In July, Viktor Babariko, another presidential hopeful, was sentenced to 14 years in prison for corruption after being arrested before election day.

In September, Maria Kalesnikava, a prominent opposition leader who led the demonstrations along withTikhanovskaya, was sentenced to 11 years in prison for extremism and conspiring to “seize state power in an unconstitutional way” that threatens national security.

At the same trial, five other opposition members were also jailed for 14 to 16 years.

“The dictator publicly takes revenge on his strongest opponents,” Tsikhanouskaya tweeted  after the news. “While hiding the political prisoners in closed trials, he hopes to continue repressions in silence. But the whole world watches. We won’t stop.”

The verdict has been condemned by the European Union and the US.

Since his re-election last August, Lukashenko has been cracking down on dissent. More than 33,000 people have been detained, and more than 1,800 criminal cases were opened against activists, according to human rights group Viasna.

In May, Lukashenko ordered a fighter jet to intercept a passenger plane carrying prominent opposition journalist Roman Protasevich and force it to land in Minsk, where authorities then arrested Protasevich, sparking international outrage.

Just last month, Lukashenko orchestrated an international crisis by encouraging thousands of migrants to Belarus before pushing them to the Poland border on the promise they would be able to cross into the European Union.