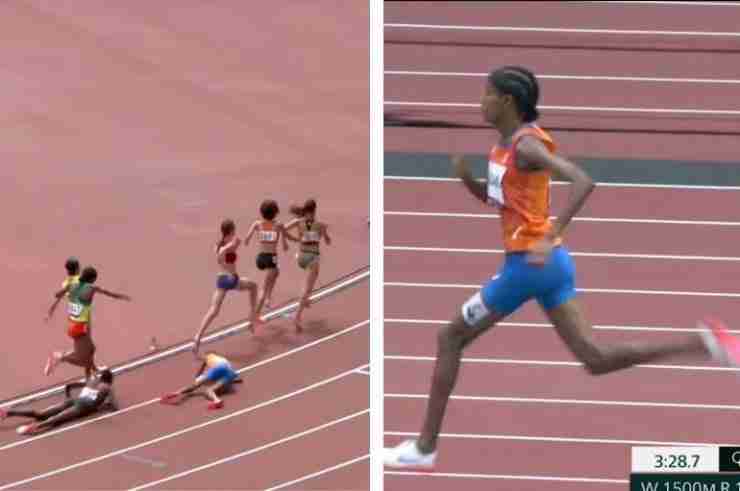 Dutch runner Sifan Hassan fell during first rounds of the women’s 1500m but still managed to place first in her heat at the Tokyo Games on Sunday, Aug 1.

As the bell sounded for the final lap, Hassan – the current world record holder for the women’s 5k road race and the one mile – tripped over Kenyan runner Edinah Jebitok, who fell after a chain-reaction of near-trips that happened from the middle of the pack.

Hassan, 28, was able to quickly pick herself back up and blitz through the remaining 300 meters. She went from being 13th out of 15 runners to first place, securing a spot for the semi-finals.