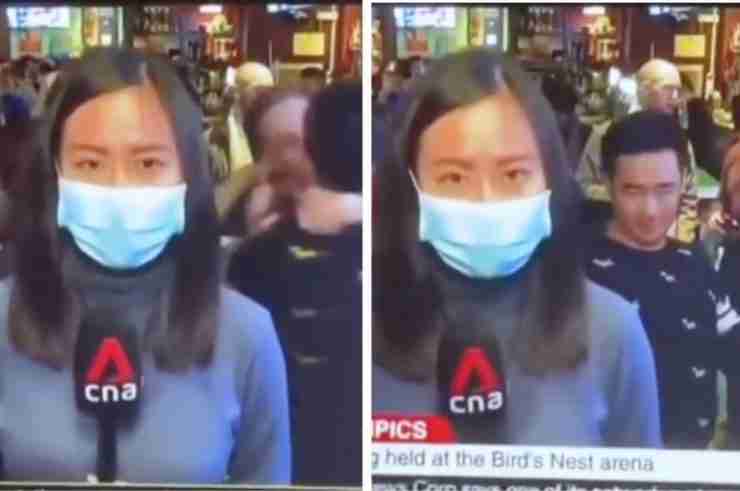 The moment happened in a bar in Beijing, China, on Saturday, Feb. 4 during a broadcast about the Winter Olympics opening ceremony.

Two men are seen walking off-screen in the background while a reporter speaks to the camera before they crash back into the frame with a dramatic kiss.

One of the men then poses and smirks into the camera as they walk off.
Gay sex is illegal in Singapore due to British colonial-era law, and the country bans TV content that promotes LGBT “lifestyles”, according to the Guardian.

The moment, which may be the first gay kiss broadcast in Singapore, has been deleted from the clip uploaded to CNA’s website.

However, the video went viral on Chinese social media Weibo and made its way to TikTok, where it has been viewed more than one million times.

“This kiss, while a small action, is a breakthrough for the Singaporean LGBTQ community, who are still criminalized and censored in Singapore,” Ross Murray, Senior Director of the GLAAD Media Institute, said. “Let this Olympian kiss be a call to strike down Section 377A of Singapore’s penal code, and end the criminalization of LGBTQ people globally.”