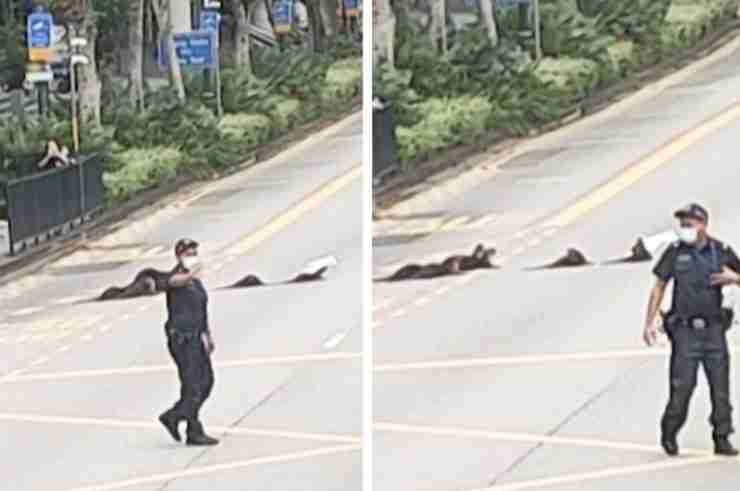 Police stopped the traffic in Singapore’s presidential palace, Instana, to help a bunch of otters to walk across the busy road on Thursday, March 10.

In the video, there are two police on guard directing the traffic; at the same time, otters followed one after another across the street.

The footage was caught incidentally by Wong Yee Kang, who boarded a double-decker bus filmed the cottage being taken to a five-lane street while the driver was waiting at around 4 pm.

“The bus stopped at Istana and I thought the president or some VIP was coming out, but it turned out to be otters,” he said.

Due to the city-state efforts in anti-pollution and reforestation, the otters are therefore now common in urban areas.

However, Otters attacks have also been emerging and there are some reports about the otters eating expensive Koi fish in ponds in people’s houses, occupying the swimming pool.