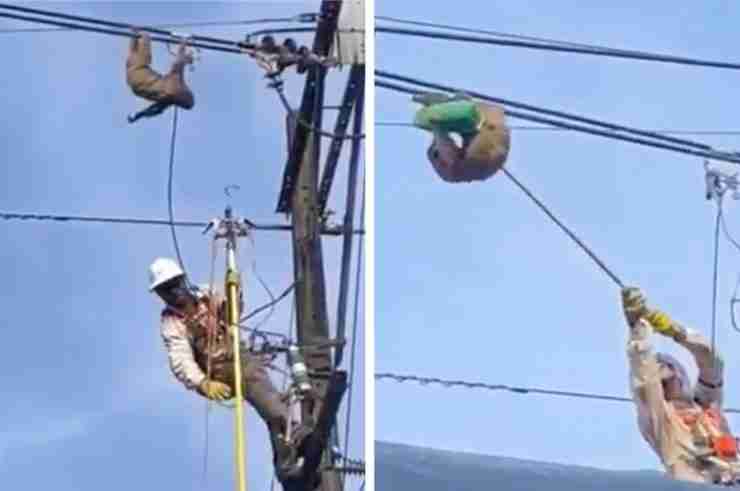 A sloth found hanging from electrical wires after climbing up the pole in Antioquia, Colombia was successfully rescued by public workers after a 20-minute operation.

Residents from the community spotted the sloth at noon and called the Colombian public service workers for help.

A 38 year-old public service worker, Víctor Hugo López, was in charge of the rescue.

A video showing López carrying out the mission shows the sloth initially hesitating and moving away from López.

After 20 minutes, López managed to calm the sloth down with some encouraging words and got it to cling on a broom to bring it down.

The sloth was then returned to its original habitat afterwards as shown in a video shared on Twitter by Empresas Públicas de Medellín, the public utilities company.

“Welcome to freedom, little sloth. Go up on the tree, now. Don’t go falling down, son,” López tells the sloth in the video.

Colombia is home to four of the six sloth subspecies.