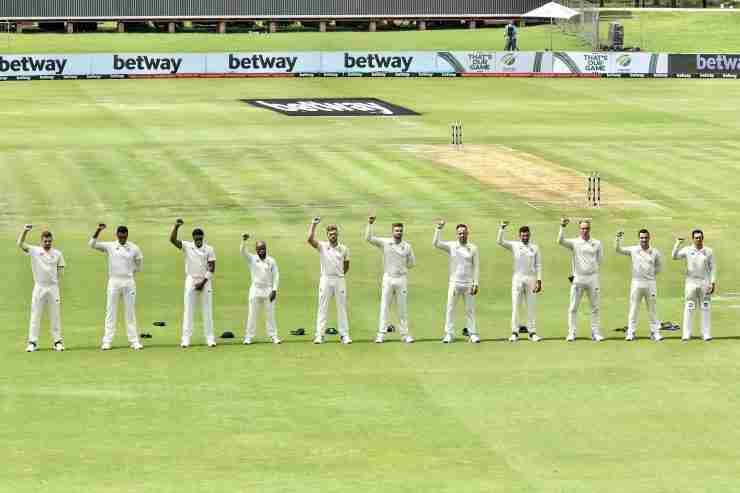 South Africa’s national cricket team, the Proteas, raised their fists in support of the Black Lives Matter movement before their test match against Sri Lanka on Saturday Dec. 26.

The team had opted not to take a knee ahead of their first international match, which was against England, since the death of George Floyd in May against England in November.

In a statement, the team said instead of taking a knee, they wanted to raise awareness around the issue “which speaks to and resonates in our South African context and which is connected to our own history of struggle for human rights.”

It said that “the raised fist is a powerful gesture in our own history,” referencing the iconic image of former South African president Nelson Mandela and his wife Winnie raising their fists after he was released from prison in 1990.

The team said it was “an acknowledgement of the struggle against apartheid, and a commitment to continuing the fight for equality, justice and freedom.”

South Africa was excluded from international cricket from 1970 to 1991 due to apartheid, according to the BBC.

The team now has a quota system, which stipulates the team should contain at least two black Africans and four others from South Africa’s mixed-race and Indian communities, according to Sky News.