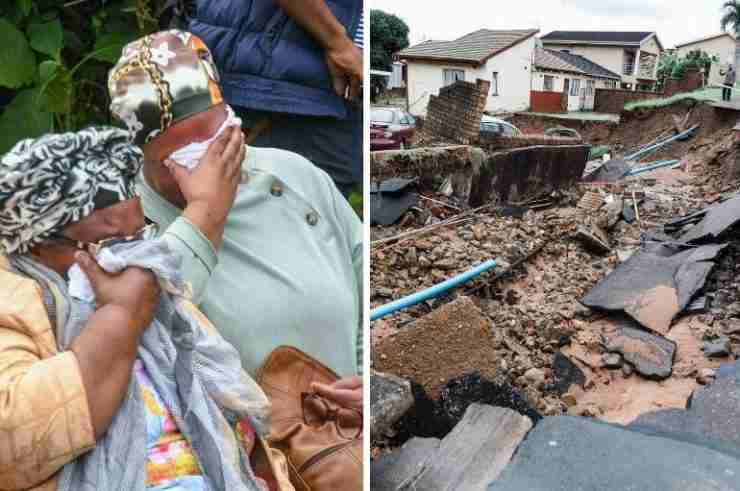 South Africa has experienced its deadliest flood ever, killing at least 341 people and affecting more than 40,000 people.

Days of torrential rainfall starting over the weekend caused major flooding and mudslides, which trapped and killed hundreds, destroyed thousands of homes and washed away shipping containers in the coastal province of KwaZulu-Natal.

Authorities declared KwaZulu-Natal a disaster area on Wednesday April 12, adding that the province reported over 450 millimeters of rain, which is almost half of the annual rainfall.

As of Thursday, the death toll had reached 341, and search and rescue efforts are continuing for the missing. More rain is forecast on Friday.

The premier of KaZulu-Natal said the flooding was an “unprecedented disaster in the history of our province and perhaps our country” and that the magnitude of damage would run into billions of rand.

He said that the government was still tallying the total number of missing and displaced people.

Residents are struggling to get clean water after the floods affected municipal services such as electricity.

Cyril Ramaphosa, the South African president, who traveled to the province on Wednesday, described it as a “catastrophe of enormous proportions.”

Experts have warned about climate change intensifying weather events across the globe and in South Africa.