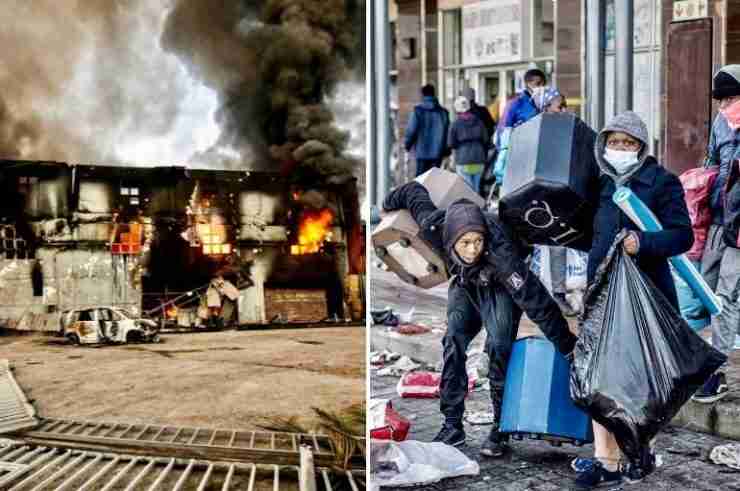 At least 212 people have been killed and more than 2,500 people arrested in South Africa after days of violent riots and looting sparked by the imprisonment of former President Jacob Zuma.

The mass looting and burning have led to a shortage of basics.

Footage of a mother throwing her two-year-old baby from a burning building in Durban has gone viral.

Other videos showed mall employees pouring oil over the floor to try to slow down looters.

At least 212 people are dead and 2,552 people have been arrested, according to the local outlet Independent Online. It is one of the worst upheavals in the country since the end of apartheid in the 1990s.

President Cyril Ramaphosa deployed thousands of soldiers to support the police on Monday, July 12, hoping to restore calm and order, from the violence.

“We will take action to protect every person in this country against the threat of violence, intimidation, theft and looting. We will not hesitate to arrest and prosecute those who perpetrate these actions and ensure they face the full might of the law,” Ramaphosa said on Twitter.

After days of violence, volunteers have begun cleanup services, restoring damaged property, donating food and providing transport to those who were affected.