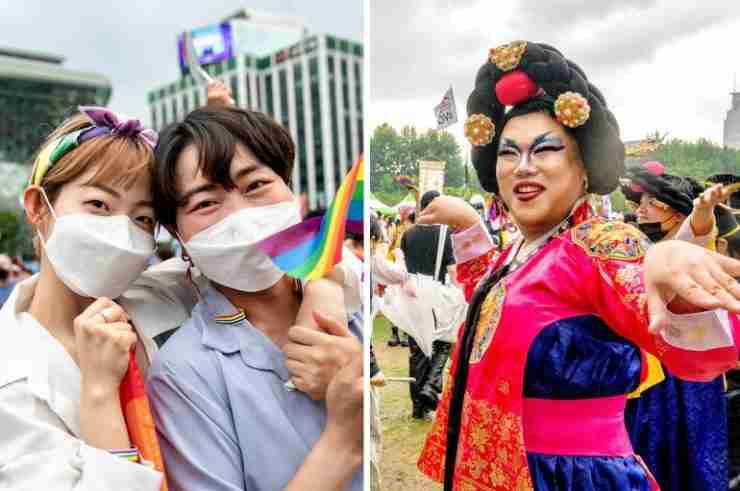 After a hiatus due to the COVID-19 pandemic, thousands of people attended South Korea’s first Pride parade in 3 years in the country’s capital on Saturday July 16.

The pride parade was held as part of the Seoul Queer Culture Festival, which lasts until July 31st and includes other activities such as a film festival and performances.

An estimated 13,000 people attended the event at City Hall in Seoul, including multiple ambassadors from the US, Canada, UK, European Union, New Zealand and Norway.

Despite the rain, members of South Korea’s LGBTQ community raised their flags to celebrate their identity and support gender equality

“I’m glad we can have an offline festival after a long time. LGBT people are not hateful people who appear one day out of the year but people who live their daily lives just the same,” said drag queen Hurricane Kimchi, according to Reuters.

In fact, the parade was marked by numerous conservative Christian protestors holding up signs which read, “Homosexuality not human rights but sin” and “No!! Same-sex marriage”.

Seoul’s mayor Oh Se-hoon has faced criticism after he threaten to ban the parade if participants “exhibit indecent materials or overexpose their bodies,” the Washington Post reported.

The Seoul Pride parade was held off in 2021 and 2022 due to South Korea’s COVID-19 pandemic prevention protocols.