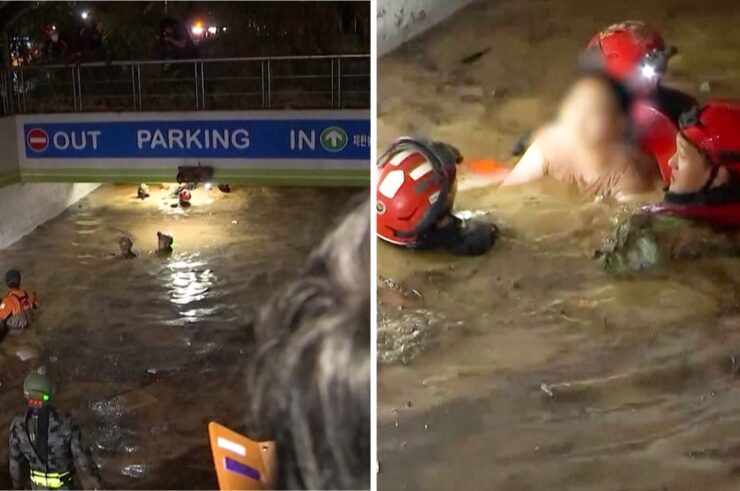 A total of nine people went missing after they went to move their cars from the parking lot of their apartment complex in the city of Pohang on Tuesday morning at around 6:30 am, according to South Korean news agency Yonhap.

Rescue teams then launched an operation to find the missing group.

A 39 year-old man and a 52 year-old woman were eventually rescued between 8:00pm on Tuesday and in the early hours of Wednesday.

The two people had survived after clinging to pipes for almost 12 hours.

Workers recovered the bodies of seven other people but in a state of cardiac arrest.

Authorities announced their deaths later in the day.

The rescue team drained the parking lot to make sure no other victims of the flood remained.

“I couldn’t sleep last night because of this tragedy,” President Yoon Suk-yeol said after the news, according to the BBC.

Major cities such as Busan have suffered heavy infrastructural damages to their roads and buildings, but Pohang remains one of the hardest hit cities.

Typhoon Hinnamnor is one of a series of extreme weather events that has hit Asia this year.