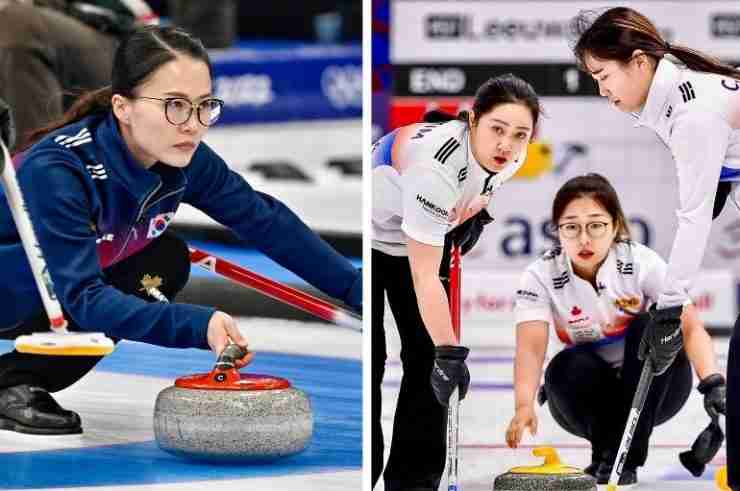 The “Garlic Girls”, the South Korean women’s curling team, have made their Olympic comeback in Beijing after they came forward and spoke out about being abused by their coaches and sparked a movement against the mistreatment of athletes in the country.

In 2018, the team pulled off shock upsets against powerhouses Canada and Switzerland to win silver at the Pyeongchang Olympics.

Nicknamed the “Garlic Girls,” as four of the five teammates hail from Uiseong, a rural farming county known for their production of garlic, their underdog tale became the feel-good story of the Winter Games.

However, just nine months after their historic win as the first South Korean team to ever medal in curling, Team Kim spoke out about the verbal and psychological abuse they received from two of their coaches as well as the vice president of the Korean Curling Federation.

The Garlic Girls said the trio swore at them, berated them if they interacted with other athletes, banned them from using social media and withheld their prize money.

They also tried to sideline the team captain, Kim Eun-jung, after learning of her plans to start a family, the New York Times reported.

These revelations reignited discussions in South Korea about the abuse and mistreatment of athletes in a country that is notoriously patriarchal and hierarchical where nepotism and exploitation is common.

The Garlic Girls received vindication in 2019 when the South Korean government confirmed their allegations and banned their abusers from the game for life.

“Although we can’t know of and change all the corruption in the sporting world, at least in this sport we can reveal what has been going on in the hopes that it won’t happen again,” Kim Kyeong-ae told the New York Times in an email.

Despite finishing 8th at this years Olympics, the Garlic Girls are happier and have been able to enjoy themselves at the Games. “The atmosphere now is very good,” Kim Seon-yeong said. “We know each other very well, and we believe we will be more and more united.”