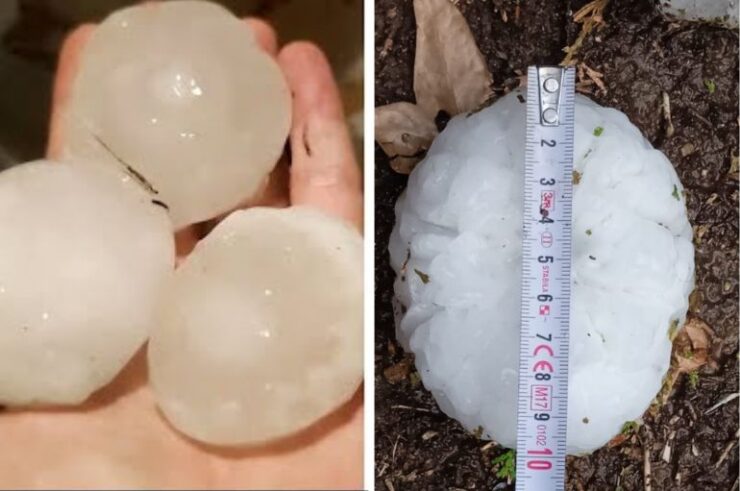 At least 50 people have been injured and a 20-month-old baby was killed after a giant hailstorm struck the Girona region of Catalonia in Spain on the evening of Tuesday Aug. 30.

Local news media and authorities reported the hailstorm lasted for 10 minutes, with hailstones of almost 10 centimeters in diameter raining down and destroying roofs, cars and even stained glass in churches.

The hailstorm was the biggest hailstorm recorded since 2002, according to the Meteorological Service of Catalonia, Meteocat.

“The hail only fell for 10 minutes, but it was 10 minutes of terror,” councillor Carme Vall told AFP news, according to BBC.

Residents described the event as complete “chaos”, with parents trying to grab their children and trying to find shelter.

A 20 month-old baby girl was unable to escape and was severely injured during the hailstorm. She died at the hospital Girona’s Trueta hospital, according to authorities.

Authorities have reissued warnings of hailstorms for coastal areas.

Hailstorms are most common around March and September in Spain, but the unusually hot summer wave has increased the severity of tropical storms.