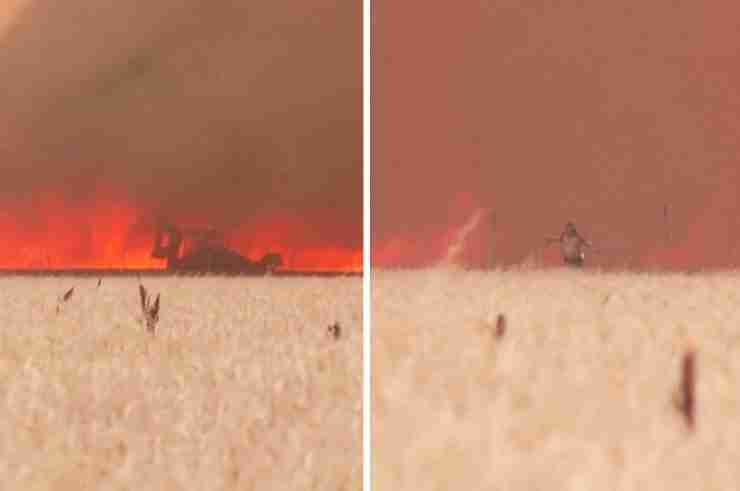 A Spanish man who was burned by wildfires while he tried to fight the flames to save his town has been hospitalized and is being treated for serious bruns.

Video footage captured on Monday July 18 showed Ángel Martín Arjona driving a digger towards the field near the town of Tábara in Zamora province in Spain when the vehicle was then engulfed in flames.

Seconds later, Arjona can be seen running away from the fire, stumbling and then getting back up, with the back of his clothes on fire.

Firefighters can then be seen running towards him.

Arjona, who owns a construction warehouse, had been trying to dig a trench to try and stop the fire from reaching the buildings, according to Reuters.

He was flown to hospital by helicopter and is being treated for serious burns.

José Manuel Taba, Arjona’s friend, told Reuters that Arjona was in a serious condition but was conscious and had spoken to his wife early Tuesday morning.

Across Europe, wildfires are raging from Portugal to France as the continent experiences a scorching heatwave that has broken records.