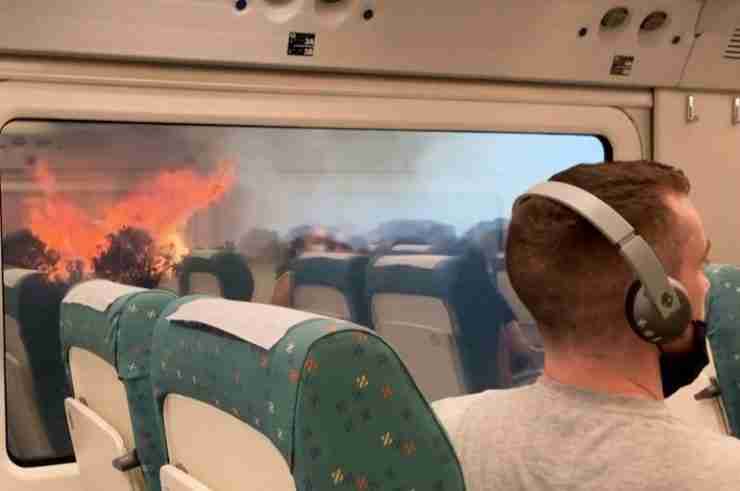 Passengers traveling from Madrid to Ferrol in Spain on Monday July 18 were temporarily trapped when the train was forced to stop by wildfires around the tracks.

A video shot by a Francisco Seoane, a passenger, showed concerned people looking out of the windows as both sides of the train were surrounded by flames.

The train had stopped around 9:30 am around the Zamora region when a wildfire tore through vegetation near the track, Seoane told Reuters.

In another part of Zamora, a man was hospitalized for serious burns after he was burned when he tried to save his town from wildfires.

More than 510 people have died in Spain from heat-related causes as Spain sweltered on the eighth day of a heatwave, according to Reuters.

Across Europe, wildfires are raging from Portugal to France as the continent experiences a scorching heatwave that has broken records.