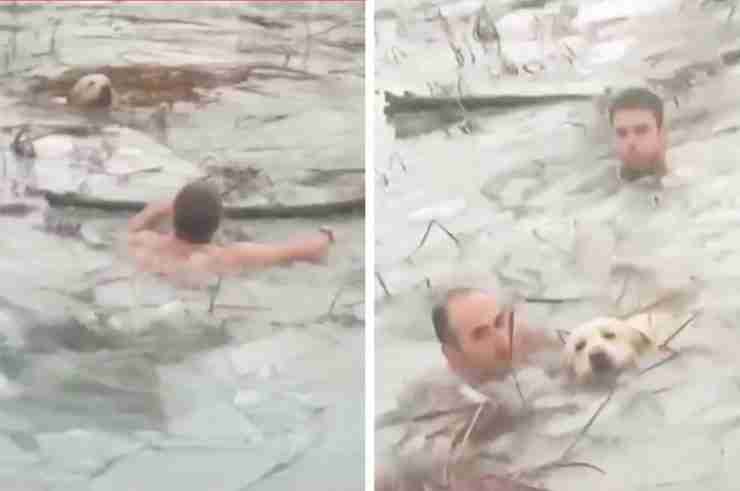 Two police officers in Spain jumped into the frozen reservoir to save a stranded dog on Wednesday, Dec. 8.

The dog had been stuck in the reservoir for hours in Canfranc in Aragon, in eastern Spain, when they were called, police said.

When the two officers arrived, they found the dog was very tired and immediately took off their tops and jumped into the lake to save it.

Video footage showed one officer using a large tree branch to break the ice on the lake in order to reach the dog before the two officers cleared a path for the dog to swim back to safety.

The rescue operation comes during a cold front in northern Spain. The country’s Bureau of Meteorology is forecasting heavy snow and high winds.

Spanish authorities are urging people to return early from a five-day break that ends on Wednesday to avoid congestion on the roads, Reuters reported.