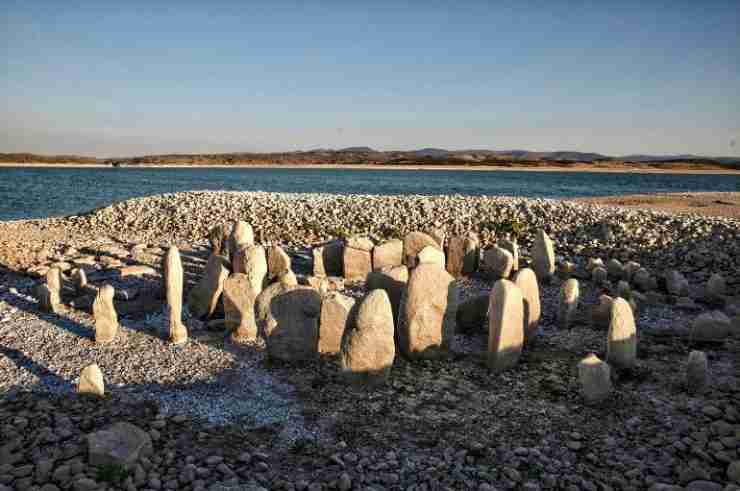 As Spain suffers from its driest climate in 1,200 years, an unexpected side effect has been the re-emergence of the “Spanish Stonehenge” from a dam that is drying up.

Authorities say the water level in the Valdecanas reservoir in the province of Caceres has dropped by 28%, exposing the Dolmen of Guadalperal.

The circle of megalithic stones, which is believed to date back to 5,000 BC, now sits fully exposed in one corner of the reservoir.

The “Spanish Stonehenge” was discovered by a German archeologist in 1926 but under Francisco Franco’s dictatorship, the area was flooded in 1963 as part of a rural development project, according to Reuters.

Since then, it has only been fully visible four times.

“It’s a surprise, it’s a rare opportunity to be able to access it,” archaeologist Enrique Cedillo from Madrid’s Complutense University told Reuters.

A man who runs a small boat tour business says the dolmen’s emergence has been good for tourism.

However, farmers are still suffering as both Spain and Portugal swelter under more and more intense heatwaves.