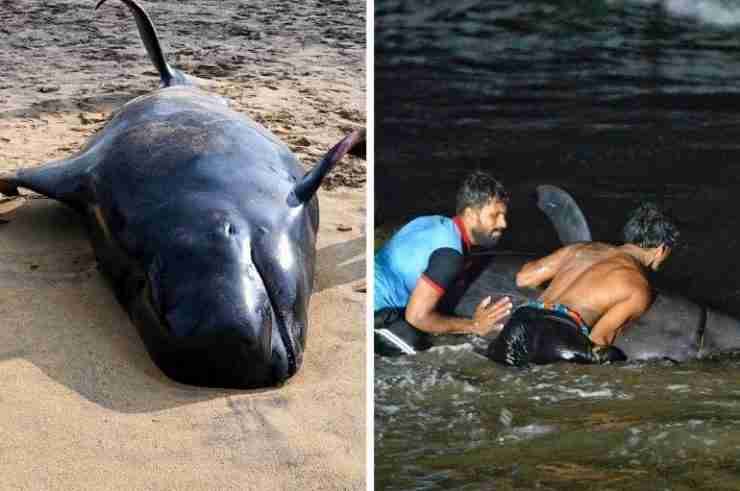 More than 100 pilot whales that became stranded on a beach in Sri Lanka have been rescued and returned to sea.

The whales were found beached near the city of Panadura, south of Colombo, on Monday in what local officials say is the worst mass beaching in Sri Lanka’s history.

Local villagers broke a COVID-19 curfew to help the navy and coast guard overnight to push the whales back into deeper water. They were able to save all the whales except four, who died of their injuries.

The cause of the stranding is still unconfirmed, but the navy said on its website that the group may have become stranded after following “a desperate whale that lost its course,” the navy said.

Officials are conducting further investigations into the four whales that died.